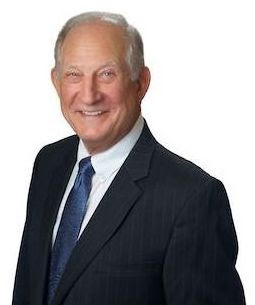 Michael Jones, 76 of McKinney, Texas passed away early Sunday morning December 27th, 2020 after battling MDS, a bone marrow disorder, for several months. Son of Albert & Julia Jones, Mike was raised in Manson, Iowa where he was a High School football star. He attended Buena Vista College and served in the Army Reserve for two years.  Mike entered the world of retail and had a successful 33-year career with JC Penney.  While with JC Penny, he lived in many locations including Chicago, New York City, Dallas and Massachusetts. After taking an early “retirement” Mike moved back to Texas and settled in McKinney to follow his passion for real estate and started his 20-year career with Ebby Halliday. Mike was an active member of St. Peters Episcopal church and loved to work on remodeling his historic home. Meeting people and making them feel special was his true gift.

Mike is survived by his wife Molly of 25 years and son Davis Jones of McKinney, Texas, son Dustin & wife Melissa Jones and adored granddaughters Aubrey (12) and Lorelei (8), all of Houston, TX; his sister Judy and husband Dean Ellis of Rockwell City, Iowa, brother Tom and wife Michelle Jones of Brunsville, Iowa and many beloved nieces, nephews and extended family. He is proceeded in death by his sister Becky Pfaffly (husband Jim) of Guttenburg, Iowa.

A funeral service will be live streamed on 1/1/21 at 1:00 pm CST, and can be accessed by clicking here, or by visiting St. Peter’s McKinney YouTube channel.

Those who wish to remember Mike in a special way, contributions may by made to the MDS Foundation (mds-foundation.org), or Carter Blood Care of Dallas. Please consider donating blood.  https://www.carterbloodcare.org/you-can-help/financial-donation/

Sincere condolences; we loved Mike and always will.

Molly, my deepest condolences to you and your family on the loss of Mike.

Molly and family…I send my sincere and deepest condolences in the loss of Mike. As a former Iowan myself, know that my thoughts and prayers are sent your way. Kindest personal regards, Vyda J. Bridwell, former secretary of the North Central HCSC RMG group…

Dear Molly, Davis, Dustin and Families,
Linda and I extend our Sympathy. I first met Mike in February, 1973 and remained friends. He was a class act and a peoples person. He always carried that infectious smile. He will be greatly missed.
Our Love
Bruce and Linda Hill

I had the great pleasure to work with Mike in Merchandising HR when JCP first came to Dallas. Mike was a true gentleman ,and an overall lovely person. He was funny, and very kind man. I am saddened to hear of his passing, and will keep very good memories of him close.