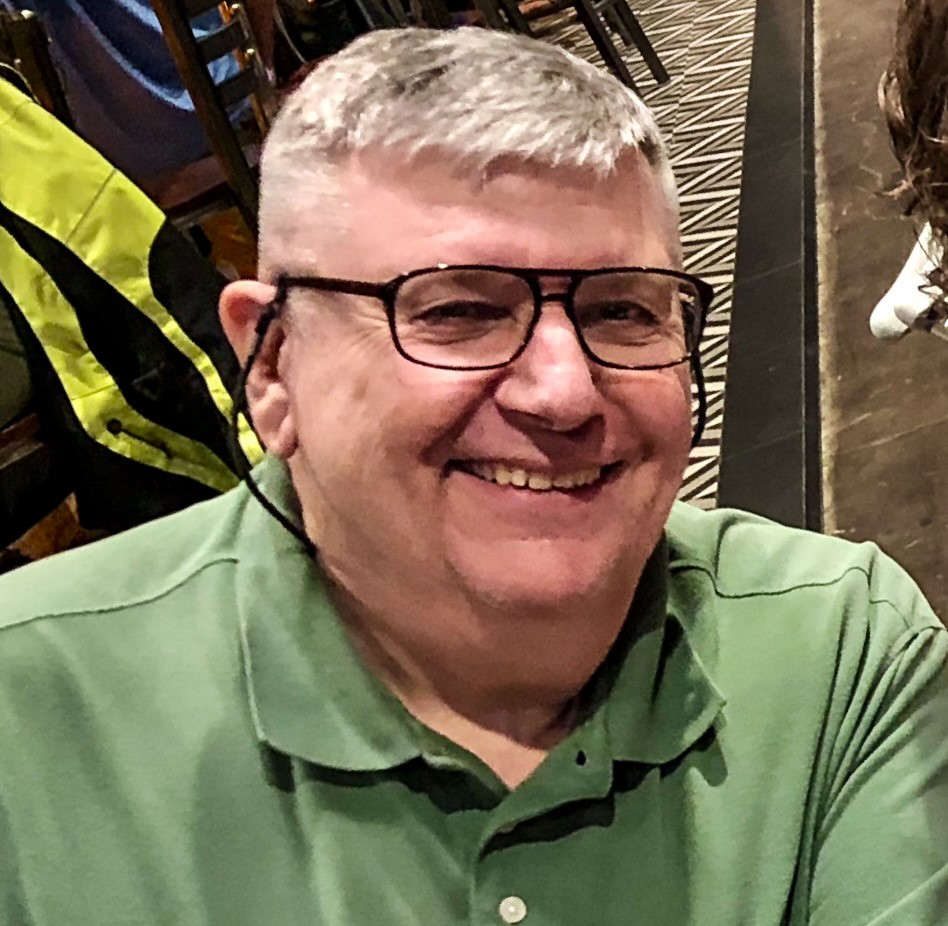 LAMMERS, DAVID MICHAEL “DAVE” was born on August 27, 1946 and passed away on January 27, 2021 after a two month battle with COVID-19.  He was born in Big Spring, Texas.  When he was 2 years old, the family moved to Toledo, Ohio which was his father’s home town.  After graduating from Toledo Central Catholic High School, he enlisted in the USAF and served during the Vietnam War.  After his honorable discharge in February, 1972, he moved to Big Spring, Texas and attended Howard College.  From there he went to Angelo State University and then to The University of Texas Health Science Center in Dallas and received his B.S. in Physical Therapy in 1975. Dave also received his M.S. from UTPB in 1986. He was a physical therapist for over 40 years in the Dallas and Big Spring areas.  Dave was introduced in 1976 to his wife, Martha, by two of his Sunday School youth, who were also students of Martha’s at Lake Highlands HS.  Dave and Martha were married in 1982 at which time they moved to Big Spring where Martha taught at Howard College and Dave became the athletic trainer. Their son, Kurt, was born in 1984 while they lived in Big Spring.  In 1986 they returned to the Dallas area and Dave continued as a physical therapist in many different outpatient clinics and inpatient hospitals. Carrie Rose was born in 1991 and the family made their home in Richardson.  He loved what he did and he had a wonderful rapport with all of his patients and coworkers. His favorite job was working for the Justin Sports Medicine Team and helping rodeo cowboys.  He began that at the Mesquite Rodeo and then moved up to working with the PRCA and the Professional Bull Riders. He traveled almost every weekend and he so loved making friends with his colleagues and the athletes.  He continued as a physical therapist until his retirement in 2019.  He loved his children and provided the entire family with many happy memories of watching them march in the bands at J. J. Pearce High School, University of Arkansas and the University of Oklahoma respectively.  Dave was preceded in death by his parents, Jim and Eva Lammers, and Martha’s parents, Walter and Rosemary Carona. He is survived by his wife, Martha; children, Kurt (Austin, TX) and Carrie Rose (Richardson, TX).  He is also survived by his brothers, Ken and Tom Lammers, and sisters, Carol Payne and Cristine Lammers, brother-in-law, Chuck Carona (Suzette) and sister-in-law, Rosemary Moore (Terry).  Dave was blessed with many nieces and nephews as well as adorable great nieces and nephews. A private service will be held at the DFW National Cemetery on February 22. Dave is no longer in pain and dancing the two-step with Jesus! In lieu of flowers, donations may be made to the Justin Cowboy Crisis Fund at: justincowboycrisisfund.org or First Methodist Church Richardson at: fumcr.com.

Such a kind and positive man. Recalling memories from Pearce High School days with a smile. My heart and prayers float on air for his family and friends as they grieve.

Martha, Katha and I have been thinking of you and the family during these most difficult times. God Bless.

Gary and Linda Walker
9:18am

You are all in our thoughts and prayers.
Dave was a wonderful person and is gone way too soon.

Martha thinking of you and the kids. I am here if you need to talk.

Dear David Lammers Family, sending you prayers and deepest condolences for David’s passing.. He was such a great co-worker in PHH, always kind and smiling. He will be missed by all of us. Praying for comfort on this difficult time.

Sorry to have just learned of Dave’s passing. He was a wonderful man who I had the good fortune of working with at Carrollton.

Something this morning made me think of Dave, did a search, and found his obituary. I am very saddened by this. Completely lost track of him. Somehow, I always thought we would meet up again, and I would at least have had the chance to say goodbye. Dave was my high school boyfriend. (Start High School ‘66) 4 years. We met at Bischoffs on Sylvania Ave (Toledo) where he was a carry out boy. We were inseparable and basically grew up together. He graduated two years ahead of me and enlisted in the Air Force and was stationed at Lackland Air Force Base. We kept in touch for two more years. He flew home for my senior prom. Then, I was off to college and he was off to the war. We went our separate ways. I’m so happy to see that he married and had a wonderful career and family. I think his Mom was from Texas, and he had Texas in his heart. I’m sure you have wonderful smiling memories of him that will bring you joy each day.
Fondly, Connie (Scherer) Schoen.