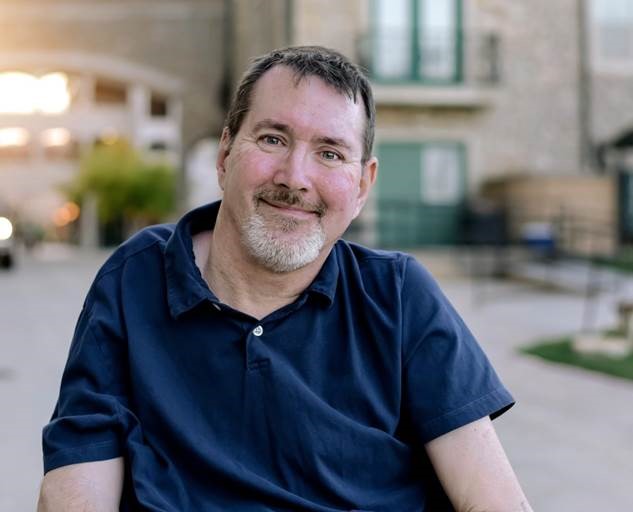 Bradley Watts died on January 30, 2021 after a 20 year long battle with Multiple Sclerosis. He was surrounded by his family in his final days.

Brad was born in Okinawa, Japan on a military base. His father was in the Air Force and he moved around much of his childhood. He graduated high school in Lompoc, CA, then joined the U.S. Army. After three years of service, Brad started college and graduated from the University of California at Berkeley. There he studied Political Science. From there he attended Tulane University Law School. It was there that he met his wife of 22 years, Jessica (Farmer) Watts.

After graduating law school, Brad clerked for a circuit court judge and then joined a plaintiff’s firm in Lafayette, Louisiana. In 2000, Brad and Jessica moved to the Dallas area. There he also worked representing plaintiffs’ personal injuries, until he was placed on permanent disability due to his MS.

Brad and Jessica have two sons: Samuel (17) and Daniel (14). Brad was a loving and kind husband and father. He enjoyed time with his family, and they formed many wonderful memories over the years. Even severely disabled in a wheelchair, Brad managed to travel for family vacations to Disney, New York and the Black Hills of South Dakota.

Brad will be greatly missed for his humor, intelligence, clever quips and love of living. Brad’s ashes will be scattered on family property in the Black Hills of South Dakota in a small family gathering at a later date.

Instead of flowers or donations, the family requests those who knew Brad over the years share a memory of Brad.

No Thoughts on Watts, Bradley Duane