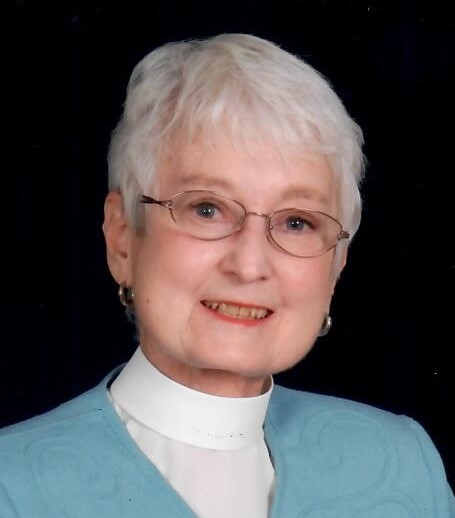 Elizabeth “Liz” Gibbs O’Donnell was born during a blizzard on December 3, 1942 in Jamestown, NY to Stanton and Grace Gibbs, granddaughter of Ethel and Gerald Gibbs and Edward and Anne Smalenberger. She graduated from Westfield Academy and Central School, from Cornell University with a degree in Home Economics and from the University of Denver with a Master’s degree in Higher Education. She passed away on March 14, 2021, in Dallas, TX.

Marriage to Bruce O’Donnell brought two of the highlights of her life: daughters Susan and Kimberly followed by 4 delightful grandchildren: David and Andrew Bondy and Ashley and Nathan Conlon and two sons-in-law: J.D. Bondy and Chris Conlon.

Her career path took her through several turns: Head resident at the University of Denver, parish secretary, parish administrator and parish visitor for the Episcopal Church and administrator for the Girl Scouts in Maine. She was a Lifetime member of the Girl Scouts and she received the highest volunteer recognition in Girl Scouts: The Thanks Badge II, which recognizes individuals who provide exceptional service that impacts the entire council or the entire Girl Scout movement.

Her favorite place to live was Maine and after moving to Dallas she continued to visit Maine on a regular basis. She loved to travel. One of her greatest joys was traveling each summer with her family while her children were growing up. She visited all 50 states as well as several countries in Europe and nearly every Canadian province. Her favorite place was England.

Through her love of singing, she found a venue for choral singing in every community where she lived. With the St. John’s Episcopal Church choir in Bangor, Maine, she made two choir tours to England, Scotland and Wales.

Liz had a passion for food, cooking and feeding others. She grew up with grandparents who considered food and mealtimes to be a sign of love. No one ever left her grandmother’s table hungry and she continued this tradition. She was fond of trying new recipes and sharing with family and friends.

In lieu of flowers, please consider a donation to Episcopal Relief and Development: episcopalrelief.org

A small, private family service will be held on April 24, 2021, at 2PM at the Episcopal Church of the Transfiguration.  The service will be livestreamed on Facebook for others to attend.

Link for her livestreamed service: https://youtu.be/HzKOypPlkTo

Steve and Maria Munson
7:00am

Blessings for a life well lived. Susan, J.D., Andrew and David, may peace and comfort fill your hearts.

I had the pleasure of knowing Mother Liz through Transfiguration. She was a joy to be around and her she will be deeply missed.

After reading your mothers obituary, I understand where your kindness comes from Kim. She was clearly a remarkable person. I am sorry for your loss. Keep all your memories of your mom close to your heart, she will never be far away from you. My condolences to your family.

Dear Susan and Kimberly, we share in your sorrow at the death of your good mother, and we thank God for her wonderful life. Liz was a fine lady and we’re so happy that our paths crossed several years ago. We’ve had Liz and you in our prayers, and ask God to give you His blessed solace. Much love, Aunt Trudy and Uncle Dick

My heart reaches out to Liz’s family. I am so sorry to hear of her sudden passing. She participated in many Kappa Delta activities, and will be missed. Prayers to the family. Leanne

I was deeply saddened to learn of the passing of Liz who was a beacon of wisdom, kindness toward all and and a faith that led many. It is hard to realize I will not receive another Christmas card, the sort that always lifted my spirits!

Liz and I served together on the Girl Scout Board of Directors. She was so talented, thoughtful, and kind and I enjoyed sharing Girl Scouts and being an Episcopalian with her. My deepest sympathy to you all.

I am so sorry to learn of Liz’s sudden death. We were in the Deacon Formation Program together. I always looked forward to seeing Liz. She was always a warm, friendly compassionate person. It was a blessing to have known her. God’s love and peace to her family.

—Liz was a wonderful friend from our first days as freshmen at Cornell. I was lucky to have all these years with her in my “sphere!”