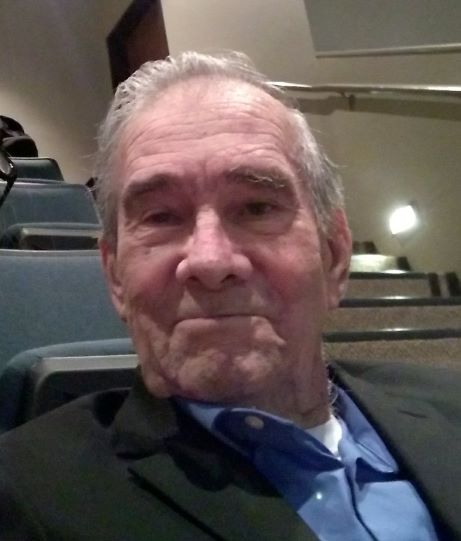 Theodore George Reed Sr, 83 yrs old, passed April 3, 2021 peacefully with his family around him in Texas. Ted was born in Vermont on August 23, 1937. He was raised in New Hampshire.

Ted served in the Air Force as a communication specialist. He met and married his beautiful wife in 1958. They raised 4 children over their 59 years of marriage.

Ted and Margie loved dancing and won many trophies, every Friday night and Saturday night was off to the race track. They shared the love of Nascar. Ted worked at the Sunshine Speedway for 30 years as a flag man. He also drove a cement truck and construction deliver truck for over 30 years. They lived most of their lives in Florida (50 plus years) and loved being with their family.

Ted was preceded in death by his loving wife Margaret Rose (2017), his three brothers, Tony (2011),  Joe (2018),  and Tommy (2020), his daughter Robin Reed (2017) and he is survived by his sister Bernadette (Bunny) Lilly and her husband Dean, his sister in law Eloise Reed (Tony’s wife), his daughter Brenda Reed and sons Theodore Jr (Teddy) and Laurent (Larry) and his wife Ginger, and many grandchildren, greatgrandchildren, nephews and nieces.

Grandpa, I’m so sad I can’t be there in person to celebrate your life and all the amazing things you have done in your lifetime. My fondest memories will always be going to your house and spending hours playing video games with you, and building 3D puzzles. I remember the enjoyment you got with each and every puzzle you put together. I remember watching you building wood yard ornaments, and of course crushing cans. These memories will always be in my heart. I know many of us wish we could be there to celebrate your willingness to be the best Grandpa ever! All the love- your granddaughter Julie

Our thoughts and prayers to the family during this difficult time. You will be missed Mr. Reed.

My sincerest condolences to Larry and Ginger and all the family. Thinking of you all at this sad time.

Brenda,Teddy & Larry I’m so sorry for your loss.. Mary