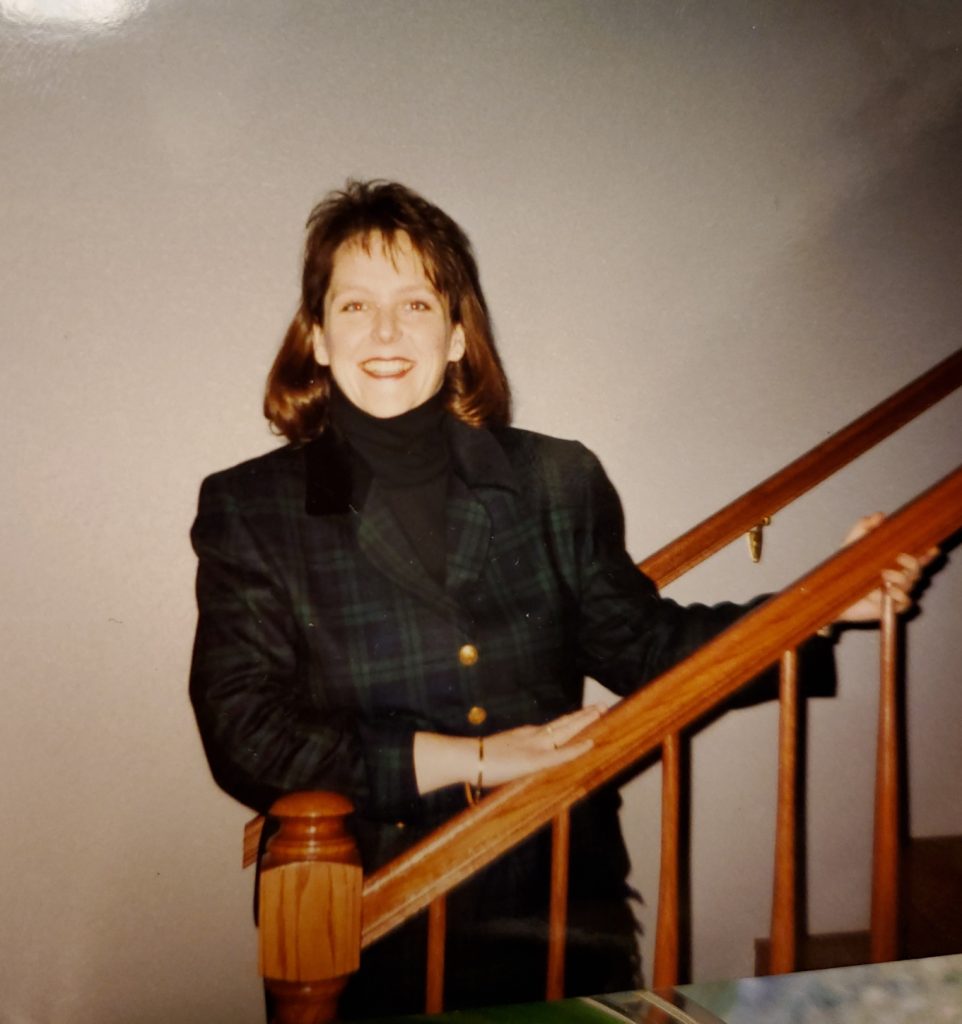 Mitzi was born on October 17th, 1967 in Houston, Texas. At the age of ten, she moved with her family to Van Buren, Arkansas. Just prior to ninth grade she and her family relocated to Midland, Texas where she graduated from Lee high school. Her college career began in Nevada, Missouri where she attended and graduated from Cottey College, a private 2-year liberal arts women’s college. She completed college at University of North Texas in Denton with a Bachelor of Science and minor in Behavioral Science in 1993.

Mitzi spent her career as a dedicated advocate for those with mental health disabilities. Within the mental health industry she served several key roles at Bethphage Developmental Disability Service, Tarrant County MHMR and at the Center for Neuro Skills.

Survivors include her partner Diana Cortez of Grand Prairie, Texas, mother Rhonda King of Carrollton, Texas, and her sister Sabra Girard, brother-in-law Brian Girard and nieces Alexis and Morgan Girard, in Dallas, Texas. Mitzi was preceded in death by her father Jerry King and her grandmother Bernice King.

Services will be held at 2pm on Saturday, June 26th at Holy Covenant Church, 1901 E Peters Colony Rd, Carrollton, TX 75007. A reception at the church will immediately follow for family and friends.

Donations can be made to The Women’s Center  In lieu of flowers and gifts.

I loved Mitzi always. She was funny, loving, smart and sensitive all wrapped in to one. I’m grateful that Mitzi considered me a friend. I’m blessed from things I’ve learned from her and will treasure our conversations forever. No more hurting for you, my friend. Rest with peace.

Mitzi was a blessing to all who knew her. She will always be remembered for her loving heart, sharp wit, outstanding sense of humor and the raising of her eyebrow. Mitzi was a loving daughter and granddaughter, sister and Aunt. Her family meant the world to her. So thankful that she and Cortez found each other. My condolences to Diana and the King Family.

I have no words to try to describe my feeling of loss. Mitzi was a wonderfully good person. Life will not be the same.

Mitzi my sweet peacemaker with the softest and most gentle heart one could have. You always had a beautiful smile even when days were tough. You brought such happiness to my Diana. She loved you unconditionally and things will not be the same. You always were there no matter what. Taken too soon but you were here to make a difference in many people lives at work snd personally. We will keep you in our hearts and remember you always.

Mitzi Mitzi, you will be missed my friend. I’m blessed to have you in my life. Our time together and the stories will live on forever and ever. Don’t forget to drink your milk!! I will keep up the tradition!

Mitzi was an amazing woman who touched everyone she knew – a kind soul and a loving partner to my Diana. I will miss her but am holding on to many memories. Rest in peace, Mitzi – you will always be remembered and loved.

You were always a good friend Mitzi and I am grateful for that. Thank you for loving Diana. You will truly be missed. Rest In Peace dear friend ❤️

Rhonda and family, May God hold you and give you peace. Shalom!

Mitzi had the most beautiful smile that
would light up the room! Her sense of humor and laughter were contagious! One thing we shared in common was our love for dogs. Thank you for loving my sweet friend Diana! Mitzi you will be forever missed but never forgotten. Fly High with the Angels My Sweet Friend!

Nancy A nanderson
9:38am

I worked with Duty and Taryn county imaging hour. She was a wonderful lady to know she will be missed

My Precious Mitzi- I met Mitzi 2/12/92 and pursued/stalked her until she was my friend. She lit up a room! Her gift with words was amazing. She could always capture the moment in inspiration. My funny, funny friend. Let us embrace the joy and love we all shared with My Mitzi! Holding you to the Light!!

Sabra, I am so sorry for your loss. May God bring you and your family strength and peace in this difficult time.

Mitzi had such a kind and giving spirit. She meant the world to Diana. Theirs was a true and beautiful love. She will be missed by so many.

As we move through life, we meet people along the way who teach us many lessons. As I have thought about Mitzi over the past few months, I keep thinking about the lessons that she taught me.
Be kind–Mitzi was one of the kindest people that I have ever met. Regardless of the situation, she never had a bad thing to say and always took the time to listen… really listen. Mitzi was always there to help others and would do so without judgement.
Focus on family—Mitzi had a deep and very visible love for her family. They were always first in her life. She was always so proud to share pictures and updates, beaming the entire time.
Always smile—Mitzi had the best smile…EVER! I know that many days she probably didn’t feel like smiling, but she would do so anyway (for all of us). She was a bight light and shining star to those that she touched.
Mitzi will be missed by all…hugs to the King and Cortez families.

I’ve missed you for so long now, we saw each other so infrequently but there was always the hope you would one day be well enough to fully enjoy all that life has to offer…and now you are. You and I shared so many incredible memories together. You’re the only one I’ve ever sailed the Potomac really river together for a midnight private yacht trip, complete with roses and wine. Maybe that skipper still talks about that night. I still do. I’ll always love your pure heart, your kind soul, and that gleam in your eye as we shared so much laughter and joy. I love you, Mitzi. Be free, my Friend.

Sabra, I am heartbroken for you in hearing about the loss of your sister. My sister has been battling stage IV lymphoma since September and I know that sisters are irreplaceable in your heart and memories. May you find peace in your memories and knowing she was loved. Lindsey