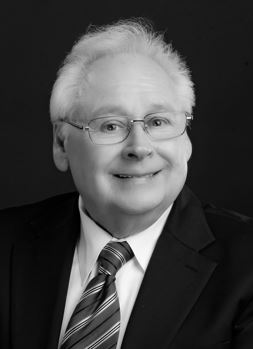 Born November 23, 1943, in Midland, Texas, he has lived in Rowlett, Texas, since 2013. He was the owner of Rononco Strategic Solutions and has served clients nationwide. He and his wife Nonie served three years as missionaries in China, where he also taught English, speech, and debate at Nanjing Medical University. He had previously served as president of DEW Technology in Dayton, Ohio.

He was also survived by his sisters Dorothy Darnell of Owasso, Oklahoma, and Betty John of Bacliff, Texas, and his brother Lloyd Jobe of Houston, Texas.

Ron and Nonie also maintained close relationships with Chinese friends, many of whom they considered “family.”

Ron was preceded in death by his parents, Haskell Jobe and Inez Pittman Jobe, and his brother, Donald Jobe and nephew Zachery Jobe.

Ron loved to travel, read, and cook, and he loved to impart wisdom and business strategies to people who wanted to grow (or anyone who would listen). He very much enjoyed spoiling his wife, his children, and his grandchildren, as well as spending time with his church family at Church in the City in Rowlett. He loved his Lord and so appreciated the grace of his Savior.

For those who would like to make a donation in lieu of flowers, you may send it to:

Church in the City

I am so thankful to have met Ron and to see how beautiful God’s people are when we serve Him together. May the Lord bless and keep the whole family. Nonie, we love you!

Prayers for God’s comfort and blessings to all.

So many memories: wonderful worship, vacations, trips, jokes, stories, laughter, games all the way back when our kids were young,wise counsel,teaching, beautiful voice singing unto the Lord, blessed times, praying for entire family We love you all
Wes & Liz Haefs

Jobe, my heart and prayers are with you and your family.

Noni, my heart is with you and your family.

I am so very sorry, Nonie and family for the incredible loss of Ron…soulmate, best friend, love of your life and dear husband, father, grandfather, father-in-law,brother and friend and mentor to so many. He is now with Jesus and seeing all the things that we CAN ONLY IMAGINE.

So sorry for your loss, Nonie. When Tena and I first moved to Ohio and joined our new church, it was you and Ron who welcomed us and invited us out to lunch. That was the start of a great friendship that lasted our entire time in Beavercreek, and has endured all these years later. It was a pleasure serving on the Board with Ron, and the hospitality and love the two of you displayed at all times was an inspiration. You remain in our thoughts and prayers.

We appreciate the contributions Ron made in our lives and his gifts will be missed by many. So will he! This is not goodbye but so long until later. Our prayers for Nonie and all the family.

Teri I’m so sorry for the loss of your father. Love you.

Nana, I love you and am so sorry for your loss. You are in my thoughts and prayers. Love, Britt