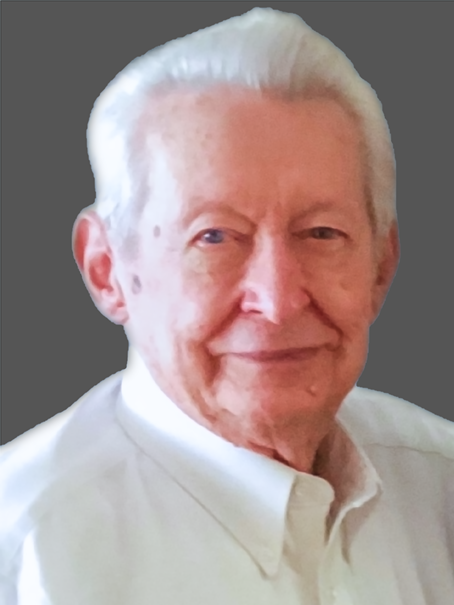 Beloved Dad and grandfather, Eric Theodore Benson passed from this life on September 23rd. Born on January 8, 1930, to Willard “Chess” and Clara (Rich) Benson in Dobbs Ferry, NY. The youngest of three, he grew up in Dobbs Ferry, Louisville, KY, Evergreen, NC, and finally to his forever home in Dallas, TX.

Eric was a US Army veteran during the Korean conflict. He did not experience combat, but was stationed in Germany for the majority of his tour of duty.

Eric graduated in 1957 from SMU with a degree in Mechanical Engineering. His professional career began in Austin with Zumwalt & Vinther. Returning to Dallas in 1971, he became a Vice President of Clarence Gilmore & Associates. Subsequently a project manager at William K. Hall & Associates, where he met Jim Reed and John Wells. In 1986, this triumvirate formed Reed, Wells, Benson & Co. Consulting Engineers. Ventures with partners like Corgan and securing clients like American Airlines, beginning with their Centerport HQ re-vamp in the mid 80’s, paved the way for RWB to emerge as today’s premier mechanical, electrical, and plumbing engineering firm in North Texas.

Retiring from RWB in 2003, Eric devoted his time to being precisely who he was and what he embodied in his life’s role: A Dad. A teacher. A mentor. A lover of people. No matter the situation or challenge, he always knew the answer and provided wise guidance. Godspeed Eric, Dad, Grandpa! We love you.

Eric is survived by his only child, Eric Benson II (Dallas) and his grandson, Steven Benson (Frisco). He was preceded in death by his parents; his siblings Willard Benson, Jr. and Audrey Noble; and his wives Evelyn Rushing Benson and Nancy Magnolia Benson.

Although Eric succumbed to non-COVID related respiratory failure, sadly the onset of severe dementia during his last years robbed him of his memories, his communicative abilities and his relationships.

For their guidance, compassion and expert medical care, the family would like to express their appreciation to Dr. Allan Shulkin, Medical City; Dr. Namirah Jamshed and the Geriatric COVE team at UTSW; the memory care staff at Avenues of Park Forest and to Choice Hospice. Also, to Eric’s two staff buddies from his four years in assisted living, LaShonda Davis and Sherry Randolph.

No Thoughts on Benson, Eric Theodore