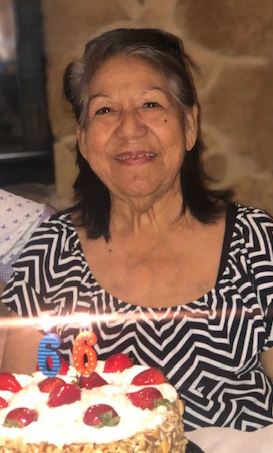 My most sincere condolences for the passing of your mom. You’ll don’t know me but your mom & I worked together when she met your dad. She was my protector where we worked & she had a heart of gold. I will remember her jokes & laughter. May the Lord consul you’ll during these difficult times – she will continue to watch over you.

Our deep felt condolences to the entire family. We love you Tia Lupe and we will forever carry you in our hearts.
Love, Claudia,Isabel, and George

Lupita,
My deepest condolences. My thoughts and prayers are with you and your entire family during this difficult time.