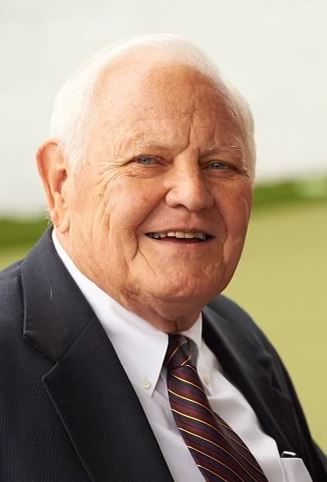 John Roger Henneberger, Sr., age 82, of Dallas, Texas passed away Friday, January 28, 2022. John grew up in Princeton, Indiana where he attended Princeton High School. He played basketball and baseball and earned a scholarship to play at Loyola University in New Orleans where he met the love of his life, Judy. They married in 1961 and spent several years living the military life of an Army officer. Upon his honorable discharge, John and Judy moved to Dallas, Texas where John was a career employee for The Equitable Agency/AXA. While helping to raise their four children, John stayed busy coaching youth basketball and supporting the Diocese of Dallas as a Serra Club member at St. Rita Catholic Church and occasional religious education teacher at All Saints Catholic Church. His kids’ SVAA athletic endeavors kept him in the Coach’s corner, and his friendships kept him on the fishing boats, basketball courts, tennis courts or baseball fields. A nascent gardener, John staged a garden beyond belief in the 1970s, forcing Judy to brush up on her canning skills. He replicated his passion with his grandkids, which brought him so much joy.

In his 30s, John kicked cancer to the side as he had much more living to do. Although he loved coaching his children in sports and being a mentor to neighborhood kids on the proper technique for shooting a free-throw, his best times were saved for his Opa years with his eight grandchildren. John never met a person with whom he didn’t share a story. Even the employees at Kroger knew about his grandkids, and the whole neighborhood knew Mr. John / Opa. He was an institution for the Spring Creek area and never knew a stranger; he could remedy a loose tooth with nary a tear from the child, “it will just pinch for a second,” much to the delight of squeamish moms and dads.

He spent his retired years in the Spring Creek VIP, keeping our neighborhood safe, and those garage doors shut, with Judy or his neighbor Mr. Frank riding shotgun. John loved to fish and he loved to joke and he loved a cold beer on a hot day. He especially loved hot days as he spent his youth working in his family’s ice house in Indiana. I suppose that’s why he enjoyed mowing the junior high school’s softball field in the summers. He made that his own “Field of Dreams,” and many neighbors have fond memories of Monday night games. Some neighbors were surprised to find their old brittle basketball net had been replaced on their basketball hoop, courtesy of Mr. John, and that’s how it went with Dad. Anyone that truly knew him, knew he had such a big heart. He’d give you anything even if it wasn’t his to give. He would fix the unfixable, and sometimes, the unbroken. He could cuss and he could fuss, but mostly he loved fiercely and deeply. We take comfort in knowing that John/Dad/Opa is now at peace surrounded by light.

Services will be held at All Saints Catholic Church, 5231 Meadowcreek Drive, Dallas on Friday, March 11, 2022. Visitation will occur from 10:00-11:00am with a funeral mass at 11:00am. In lieu of flowers, the family requests donations be made to Alzheimer’s Association (www.alz.org) to find a solution for the disease that took away his sweet aunt, his beloved mother and his two precious sisters.

Chaplain Will Hodges
11:11am

Our hearts and prayers are with Judy & the Family

My love to you Judy as you move along this new path. Knowing you I trust you’ll find new ways to circle back to your days of joy with John.
Sincerely,

A life well lived! Mr. John has left an indelible impact. Thinking of the Henneberger family and asking God to surround them with his perfect peace and love.

My dear friend Judy, my heart is heavy for you and your family! He is with his heavenly family! I know he will be missed, but look at the wonderful time you have had with him! God Bless you!
All my love Virginia Chauvin

Such a wonderful tribute to a GREAT man!! Judy, I know your heart is hurting, but it’s amazing to think he is experiencing the HEAVEN he believed in and the Jesus he trusted in. My love to you and may the warmth of family and friends give you strength!!

He was the best Dad and Granddad anyone could ask for. He will be sorely missed but will keep the angels in stitches. Love Mr. H.

Judy, forever my prayers are yours, sweet John! I met John at the Neuhoff Center years ago when we were cleaning tables and more. From that day forward he was my friend,
Our prayers are with you Judy and all your family,

Judy,
What a fun and interesting family you have with lots of time together.
Judy, this is such a sad time and I hope for comfort for your family and for you through your deep faith and the shared love of many friends.
Sheila Madigan Levatino

Rest in Heaven sweet Opa. We love you! Sending love and prayers to Judy and the family! CJ and Belinda

Rest in Heaven, Opa! We love you! Sending love and prayers to Judy and the family. CJ and Belinda

My heartfelt sympathies to the Henneberger family and especially to my dear friend Julie for your loss. What a wonderfully written tribute to a life well lived and loved.

A beautiful tribute to a wonderful man! He loved BIG! Everyone knew Mr. Henneberger! He was always so kind and was so relational with both children and adults. He will be missed by many! Sending the entire Henneberger family love and prayers!

Judy,
Larry’s call telling me of your loss hit me hard. My friendship with the Princeton Henneberger family spans the better part of 70 years and still endures. I last saw John in 2015 when he attended a memorial service for my brother David, He was the same John I had always known and we had the opportunity to talk about sports and all of the foolish things he, Larry, David and I did together. John will be missed by all of those who were blessed to know him and you and yours will be remembered in my thoughts and prayers.

So sorry for your loss. Thoughts and prayers for the days ahead as you mourn his loss.

My sincere sympathy as you grieve the loss of your beloved husband, Judy. Will be praying for all the Hennebergers in this time of celebrating his new life.

Johnny was our classmate at St. Joseph’s and Princeton High School — and, along with his brother and rest of family, was a positive influence in those growing up years. Although I only saw him 3 times after graduation, we stayed in touch, and enjoyed his annual ribbing that he was the youngest in our class. He made an unexpected appearance at my brother’s wake in Plano some years ago in my time of grief, and that was typical of John’s empathy for others. John was a pal and a life-long friend, even at a distance! Our condolences to all of his family and friends.
Bill & Mary [McKannan] Neal