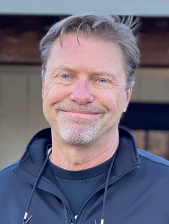 Donald Todd Price, loving husband and father, passed away Thursday, May 19, 2022 after a three-year battle with kidney cancer. He was 57.

Born November 5, 1964 in Quincy, Illinois, Todd attended John Marshall High School in Oklahoma City until, at age 16, he entered the University of Oklahoma. Dubbed “wunderkind” by the Kappa Sigma brothers who taught him all sorts of bad habits, he eventually rose to fraternity president, earned a degree in Finance and made many friends, including lifelong besties Christopher “Kit” and Janet Bowyer of Heath, TX.

In 1988, he married Elizabeth Fleetwood of Oklahoma City. They had two children of which he was immensely proud—son Christopher Morgan Price and daughter Nicole Spurrier Price Bagwell—before divorcing in 1999. In 2000, he met and fell in love with Julie Bowman of Irving, TX. They married in 2006 and were together until his death.

Todd began his career in employee benefits before turning his passion for landscaping into a professional pursuit. In 2005, he founded Santa Clara Landscape Company in East Dallas where he labored daily with his crews until selling the company in 2014. He worked briefly for Active Network before he founded El Patio Designs in 2016 to manufacture the unique wraparound post planters he designed and patented. He was an avid griller, a lover of travel and was incredibly proud of the home he helped renovate in 2006, acting as the general contractor.

At the time of his passing, Todd was surrounded by those he loved; his wife and kids, Kit and Janet Bowyer and Tara and David Woodruff of Santa Fe. He is preceded in death by his father Donald, mother Geraldine, brother Jay and uncle Jerry. He is survived by his wife, Julie, son and daughter-in-law Morgan and Sarah, daughter and son-in-law Nicole and Austin Bagwell as well as his uncle Bob Price, aunt Diana Holmes, aunt Judi Hayes, uncle and aunt Jim and Annie Spurrier, in-laws Bill and Eileen Bowman, brother- and sister-in-law Bill Jr and Carol Bowman, nephew Brady and his beloved but heartbroken dog Simon.

A celebration of his life will take place at his home on Saturday, July 16th at noon. To RSVP and receive additional details, visit https://www.eventcreate.com/e/toddprice.

So sorry for your loss we were friends of Don and Gerry and knew Todd and Jay since they were born.

This is beautiful! We will miss him immensely.