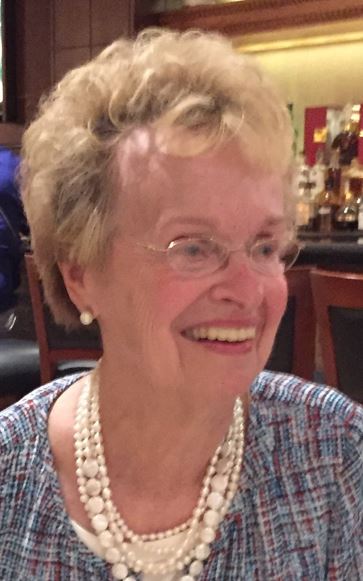 Nancy Ann Brehany (Hendricks), age 92, of Canton, Ohio, passed away peacefully on September 16, 2022, in Plano, Texas. Nancy was the devoted wife of the late Jack Brehany for 67 years until his passing in 2016, as well as a loving mother, grandmother, great-grandmother, and friend to many.

Born to the late Ethel and Myrrel Hendricks on March 28, 1930, Nancy grew up in Aliquippa, Pennsylvania, where she graduated from Aliquippa High School in 1948. It was in Aliquippa that she met and fell in love with Jack, who had just returned from World War II. The two were inseparable from the moment they met on her front porch in 1946, beginning a 70-year love affair. They married in 1948 and went on to raise three daughters: Karen, Marianne, and Susan. They later lived in Austin, Texas, New York City, and Allentown, Pennsylvania, before settling down in Canton in 1967.

Nancy enjoyed entertaining her many friends, gardening, sewing, playing bridge, and golfing. She and Jack were longtime members of St. Mark’s Episcopal Church and Brookside Country Club. They loved to dance and were always the first ones on the dance floor. But most of all, Nancy was known for her devotion to and care of Susan, her outgoing personality, and her homemade pies. She famously never met a stranger, nor did she ever leave a conversation without learning that person’s favorite pie (and then baking it for them)!

After Jack’s passing in 2016, Nancy moved from Canton to Plano to be near her family. Despite battling slowly progressive dementia in her later years, Nancy continued to brighten any room and never lost her charm, sweet disposition, or graceful presence. Nancy’s family would like to thank the devoted caregivers at Harbor Chase Assisted Living, Parkview Memory Care, and Legacy at Home Hospice for their loving care and compassion.

In addition to her parents and Jack, Nancy was preceded in death by her beloved daughter, Susan, and Nancy’s siblings, Myrrel Hendricks and Marjorie Smego. She is survived by her loving daughters, Karen Harris (Johnnie) in Long Beach, California, and Marianne Grossman (Stan) in Plano, Texas; grandchildren, Joe Grossman, Scott Grossman (Stephanie), and Laura Brandt (Rob); great-grandson Jack Grossman; as well as numerous nieces and nephews.

In lieu of flowers, the family requests that donations be made in Nancy’s memory to St. Mark’s Episcopal Church in Canton.

Marianne,
Please accept my sincerest sympathies over the loss of our sweet Nancy
What a wonderful life and family she was blessed with and now she returns to her home to her Heavenly Father, her beloved Jack and her loving daughter Susan. I pray all of your memories bring you warmth, hugs and comfort knowing how loved you always made her feel. She has truly been blessed. I hope we can reconnect soon Is her service in Canton or is there a service locally?

Marianne,
We are so sorry to hear of the passing of Aunt Nancy. The obituary perfectly describes her sweet character; she genuinely took an interest in everyone and always made us feel welcome. We have fond memories of our visits with Aunt Nancy and Uncle Jack at their home in Canton on multiple occasions. We are also happy that our children got to know your parents and learn about their lives. We send you our deepest sympathy, knowing how difficult it is at any time to lose a parent. You, Aunt Nancy and your family will be in our thoughts and prayers.

To Marianne and Karen:
Please accept my heartfelt condolences along withose of my wife and children, who have warm and happy memories of visits with you mother and father. Aunt Nancy was always cheerful and welcoming, always interested in our lives. We are all better people for knowing her, I especially. You and your families are in our thoughts and prayers.