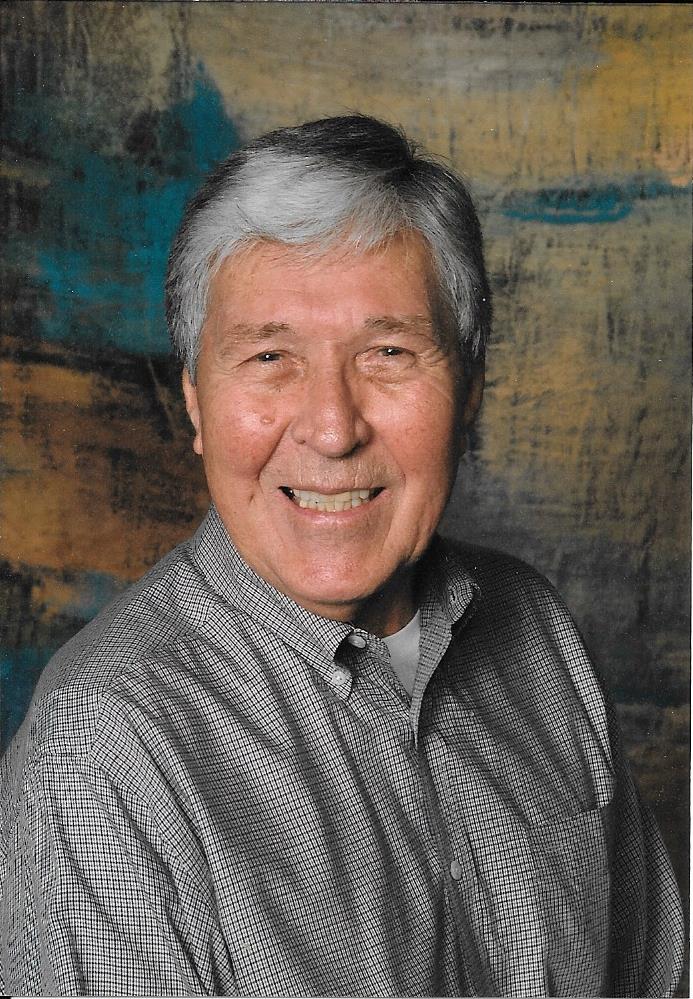 Richard served as General’s Assistant and mechanic in the US Air Force from 1951 – 1954 and loved every minute of it. When discharged he attended Texas Tech Richard then met Barbara Francis and made her his loving wife and shared 43 years with Barbara and his 5 children. Richard worked for Southwestern Drug most of his life and made many friends along the way.  He also made life long friends working at Golden Ages Pharmacy in Farmers Branch.  After Barbara’s passing in 1998, he lived out his days independently in the home they made together in Dallas until becoming ill in early May. Dad was a very talented artist which he got from his mother and did pastel portraits of his children as well as other beautiful art. He was very proud of his family and enjoyed every moment they spent together.  He is now dancing once again in heaven with the love of his life, his lovely wife and our mom “Mud”.  All of his children, relatives and friends will miss him dearly but are happy he is once again joined with our mom (Mud).

Richard will be honored for his service to his country with a military burial with Barbara Mixon at the Dallas Forth Worth National Cemetery in Dallas, TX (2000 Mountain Creek Parkway, Dallas, Texas).  The interment and committal service with Air Force Honors will be held at 11:15 A.M., on Monday, June 2, 2014.

In lieu of flowers please donate to a charity of your choice or to any other special veteran or veterans family that have touched your life.

Arrangements are under the direction of

I miss you daddy but know you and mud will watch over me. Hope you are having a Sunday morning dance with her. I love you!

I knew Gayle for many years in grade school, jr high, and in high school. I instantly recognized his picture because he always had a smile on his face. He was great to know and I am so sorry for your loss. Love to you.

Our thoughts and prayers are with you and your family.

We wish to express our heartfelt condolences to the family of our sweet neighbor Gayle. He was our neighbor for over 16 years. He stepped out to get his mail just as I pulled up on the road after getting my kids home from school. We started talking about plants and I asked him for a recommendation for my back yard. He said plant Moss Rose because they’re hearty and come in many colors. He then said wait here a minute and he went into his house and came back out with a picture and information about this plant that he had kept when he purchased it. Little did I know that would be my last time to speak to him. I still can’t believe he’s not at home and won’t get to say hello to him when he goes for a walk or tending to his yard, but I know he’s in a better place and in the fine company of his beautiful wife.

He was always there to listen and was there to support and look out for our neighborhood. He is missed. I send peaceful and comforting wishes to his family and friends. God Bless you all.

~Christopher and Nicole Rook and children

I miss talking to you every night but you will always be in my heart.

Gayle you were an excellent neighbor and friend. I am going to miss visiting with you at the mail box or in the front yard. It will be strange not seeing you go for your early evening walks this summer. You made our neighborhood a better place to live. I will miss you buddy.

Our love, thoughts & prayers go out to all the Mixon family & friends. We know he will be greatly missed.

Gayle, you are the one that told me that our mothers went to high school together. We should had been friends long befoe we were. It was great getting to know each other after such a long time. Know that your family will always miss you and I will miss the e-mails and occasional phone calls.
My heart goes out to your family and friends. Sincere condolences to all.

Dear Family, We are so sorry for your loss. All of you have been great neighbors for years. We will truly miss Gayle. He was such a great friend. Our Prayers are with all of you. May God bless each and everyone of you. Our Love Donna & Jeff Wiese

Prayers are with the family during this time of loss . I always enjoyed talking with Mr.Mixon and he definitely had a sense of humor…..quite a character ……may you Rest in Peace

I will never forget Uncle Gayle’s big, easy and warm smile, as well as his quick and spontaneous laughter! He always seemed to be one of those truly upbeat and sincerely positive souls! May God Bless our “Uncle Gayle!”

Alane, I am so sorry for your loss. You and your family are in my thoughts and prayers.