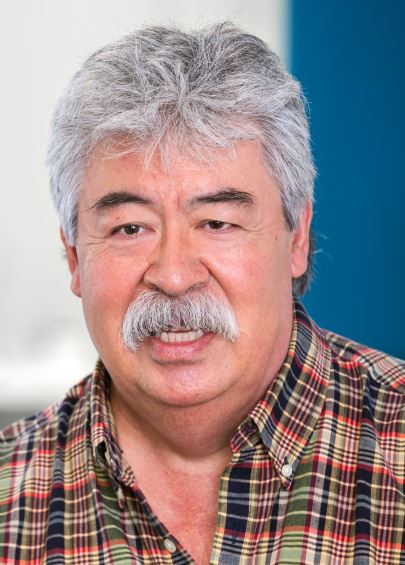 Born on January 5th, 1954 in Xichu, in the state of Guanajuato, Mexico, Apolo was raised in Mexico City. He studied at the Escuela Nacional Politecnico in Mexico and earned the title of Architect-Engineer.

Apolo was married in 1982, and then settled in Dallas. He was devoted to his family, and loved being actively involved in raising his two sons. Soccer coach, Boy Scout volunteer and high school marching band “pit crew” member were some of the roles that he enjoyed. Being able to be a part of his first grandson’s growing-up years meant so much to him as well.

Apolo was employed by HDR, Inc. for 35 years, working on the Justice and Health Sectors design teams, until retiring in 2020. While at HDR he received multiple awards, and chaired the TSO Committee for many years. As Chairman, Apolo served the HDR community by organizing annual events that included both employees and their families, such as company picnics, holiday celebrations, and Secret Santa drives which provided Christmas gifts to local families in desperate need. Apolo was well recognized for his sense of discipline and his attention to detail, and willingly shared those attributes, along with his expertise, as he mentored younger colleagues.

Apolo is survived by his wife, Patricia, son, David, and grandson, Kevin, of Carrollton, Texas, and his son, Daniel, daughter-in-law, Emma, and grandson, Henry, of Brooklyn, New York. He is also survived by his sister, Aracely, and brother-in-law, Adelaido Ramos Garcia, of Tijuana, Baja California, Mexico. Apolo was preceded in death by his parents, Luis Gonzalez Godoy, and Maria de Jesus Cinco de Gonzalez.

Services will be held at 11:00am, on Monday, March 7th, 2022 at Saint Catherine of Siena Catholic Church, Carrollton, Texas. Interment will be at Prince of Peace Catholic Community, Plano, Texas at a date and time to be determined.

Memorial contributions are welcome at The Michael J. Fox Foundation for Parkinson’s research:

No Thoughts on Apolo Gonzalez Cinco