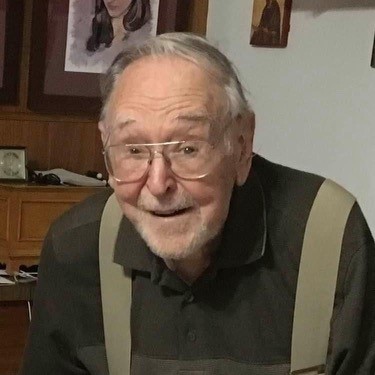 Robert Bowser was known to most as Bob, though his children called him Daddy, Dad and Father, his grandchildren called him Grandpa and his great-grandchildren referred to him
as Great Bob. He died peacefully at 2:32 AM, Thursday, November 19, from Covid-19 complications. Born in Parsons, Kansas and raised in Denver, Colorado, Bob joined the Navy to serve his
country. He graduated from Colorado School of Mines with a degree in Petroleum Engineering, which allowed him the opportunity to travel extensively to foreign countries. He lived in Venezuela for 11 years. Bob was an active member of St. John’s Episcopal Church in Dallas since 1961, serving as Acolyte Master, Lay Reader, Lay Eucharistic Minister, Treasurer, Vestry member, Senior Warden, Delegate to Diocesan Council. Bob participated in a vast number of ministries including White Rock Center of Hope, Reinhardt Elementary School volunteer reader, Mexico companionate relationship committee, Home Bible study leader, Renewal ministry, Harvest Evangelism ministry, Evening Prayer officiant, Saturday men’s work crew, Annual men’s camping group, parish small group dinner club, parish poker group, charter member of ROMEO’s lunch group (Real Old Men Eating Out) and hosted many fellowship events at his house in his earlier years. Bob was an extremely well informed Christian, very knowledgeable in the Episcopal Faith, church history and especially the liturgy and worship of the Church. He took his spiritual Rule of Life very seriously and prayer was an important discipline. He strongly believed that God placed us here with the purpose of loving others as Jesus loves us, and he spent his life trying his best to do that. He was a kind and gentle man, whose personality and character inspired many people. Hobbies included computers, chess, woodworking, photography and craft beers. He was a big Dallas Maverick Basketball fan and Dallas Cowboy Football fan. After Bob retired, he kept busy painting the interior of the entire church facility and it’s offices and school. He loved large family gatherings and adored all of his progeny. His parents Arthur Allen and Margaret Thompson Bowser, wife Virginia Mae Bowser, sister Peggy Anderson and daughter-in-law Debra Bowser predecease him. Survivors are his daughter Karen Melton (her husband Randy), son Paul Bowser; grandsons Jonathan, Matthew and Michael Melton, Trent and Tye Burch-Bowser; granddaughter-in-laws Rebekah, Natalie and Alicia Melton; his great-grandchildren Annie, Jude, Thea and Zoë Melton; and his close friend Esther Coneff. He is also survived by nieces and nephews, Kim Anderson Miller, Gary Knapp, Diane Knapp White, Pam Knapp, Bart Masciarelli, Dean Masciarelli and Cousin Cindy Carter (her husband Larry) and other extended family. A Requiem Eucharist will be said on Bob’s behalf at St. John’s Episcopal Church on Saturday, December 12 at 10 AM with Fr. David Houk officiating. Interment will follow in the St. John’s columbarium. Due to Covid-19 restrictions, only immediate family will be in attendance, but the funeral will be live-streamed on the St. John’s Facebook page and a later recording can be accessed on the church’s youtube channel (links to both are on the church website). In lieu of flowers, Bob requested donations be made to the St. John’s Episcopal Church Operating Fund, or the White Rock Center of Hope.

No Thoughts on Bowser, Robert