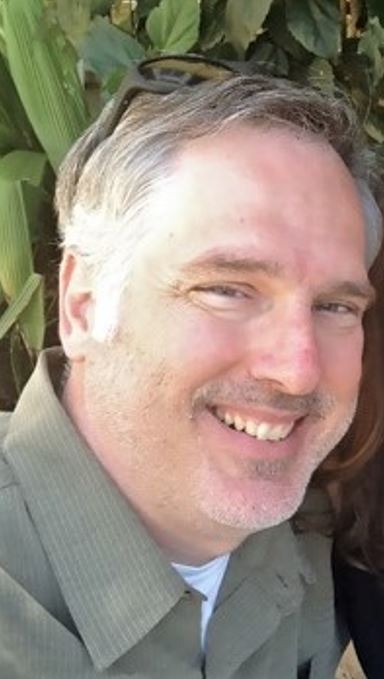 Brian Steven Langford left us far too early on September 18, 2022.

Brian was born July 13, 1968 to James & Peggy Clem Langford in Garland, TX and was joined five years later by his sister Rebecca. After graduating from Garland High School, he dove into his career in the auto industry at a “Big Billy Barrett” Volkswagen dealership. Brian spent the bulk of his career helping friends and customers ride into the sunset in their dream set of wheels. A few years ago, he made a career pivot into the mortgage industry. Though he enjoyed and excelled in his profession, his true passions were far outside his work life.

Since childhood, Brian dreamed of becoming a pilot. He got his first taste in the cockpit by taking glider lessons while in high school. This dream never faded and after years of patience, perseverance, hard work, and tenacity, Brian’s dream finally came true. His 1956 Cessna 172 was a source of pride – the result of a lifetime of dreaming. He delighted in spending time with friends and family talking about, working on, and ultimately flying high in his aircraft. There was nowhere he’d rather be. Brian was lucky to have the full support of his wife, Lisa, his favorite co-pilot in the air and in life. Add a panting flight attendant in the aft seat and his dream felt complete.

Chasing the ultimate fish is every angler’s obsession and Brian’s was no exception. A tour of his gear loft reveals that, no matter if it was a lake, stream, pond, river, or ocean, Brian was prepared to patiently coax a fish from its hiding place. He sometimes used this hobby to find an escape and spend some quality time alone with his thoughts. More often, it was an excuse to spend time strengthening a bond – having a friend or relative all to himself always making sure they knew how much he enjoyed their company. Most satisfying, though, were the countless hours shared drifting in a canoe, standing at a lakeshore at sunset, or riding the deep sea swells with his bride.

While dating, Lisa brought Kramer the corgi into Brian’s life. Kramer, an expert drooler, was the first of five dogs lucky enough to call themselves Langfords. Miss Kitty, the lone feline in the bunch tolerated a few dogs and her two humans as cats do. Spitzer, Jessie, and Bucky followed in Kramer’s paw steps at master Brian’s side. All these dogs joined Brian and Lisa on countless road trips, fishing excursions, and campouts through the years. Sofia, the most recent member of the family, misses her early morning and late evening walks with Brian.

Meeting Lisa gave Brian a new outlet for showing his love, loyalty, passion, and sense of adventure. For nearly 28 years, Brian and Lisa shared their lives together, making each other better. They were best friends. Brian and Lisa enjoyed traveling to New Orleans to soak in the live music scene, flying to OshKosh for the Airventure show, or simply finding a new town somewhere in the world to explore. They shared a love for food, often preparing complex and delicious, healthy meals to share with friends and family, though tucked high on a shelf in his home office rests a can of aerosol cheese ready to fill the void in a Frito’s Dips chip at a moments notice. (She couldn’t cure him of this lifelong vice!)

To say Brian was a committed family member only hints at the depths of his greatest strength. Perhaps growing up in close contact with an enormous extended family instilled him with the understanding that family is a source of constant strength, warmth, love, and comfort. Brian was a kind, generous, and protective brother to his baby sister. Brian was a loyal, helpful, and constant presence in his father’s life. He was always a source of joy and pride to his loving mother.

Brian is survived by his wife, Lisa Ondarza Langford of McKinney, TX, his father, James Gordon Langford of Rockwall, TX, his sister, Rebecca Langford Mauldin and husband David Mauldin of Georgetown, TX, and their son, Sam Mauldin of Austin, TX, along with numerous aunts, uncles, cousins, his niece, and nephews throughout the Dallas area. Brian was preceded in death by his loving mother Peggy Ruth Langford of Rockwall, TX, grandparents Edward Langford and Norma Miller Langford of Quinlan, TX, grandparents Ollie Clem and Laura Dixon Clem of Quinlan, TX

No Thoughts on Brian Langford