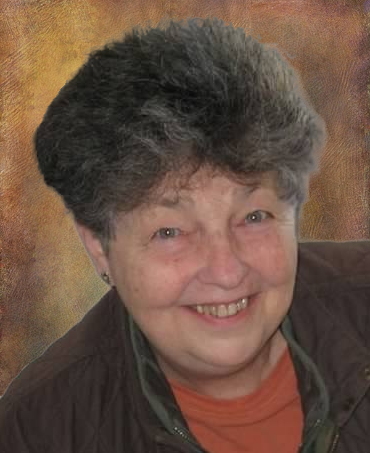 Joyce Ann Mikeska Butler went home to be with Jesus our Lord on October 13, following a diagnosis of t-cell leukemia in the spring. Born to Fern and Frank Mikeska, Joyce Ann was named by her father after a favorite niece and a favorite sister of his. Joyce’s childhood was spent on the Gulf Oil Camp in Kilgore, where her father was employed. The Gulf Oil camp was property owned by Gulf Oil, upon which houses were built for the employees of the company. It was an idyllic community with a one circuit phone line full of characters who appeared repeatedly in the retelling of tales both cautionary and funny. Her older brother and sister, Frank and Donna, figured prominently in these stories, as did their parents for whom they all had great reverence and respect.  Joyce viewed herself as a bit of a tomboy, recalling that she preferred to be outside climbing trees and reading rather than indoors doing domestic activities. She noted multiple times that the Boy Scouts were the ones doing the most interesting and engaging activities and she longed to be camping in the woods or trying her hand at archery. The family relocated to Shreveport when Joyce was entering eighth grade.  She made lifelong friends there while attending Byrd High School, from which she graduated in 1959. Her dad gave her the choice of Louisiana State, the University of Texas, or the University of Arkansas, and she chose Fayetteville sight unseen.  A lifelong picky eater, away from home she branched out at U of A, trying a variety of new foods as well as majors.  First architecture, then psychology, and finally math. She claimed that she struggled in vector analysis and the professor only allowed her to graduate if she promised to never teach math, but her membership in Mortar Board and Phi Beta Kappa suggest she did just fine.  She pledged Chi Omega during her sophomore year, which yielded dear friendships of over sixty years.

Following graduation, Joyce moved to Dallas for a job with IBM. She completed IBM’s training program and served the company for over fourteen years. She received letters of commendation and promotions and enjoyed traveling both for work and for fun.  It was at IBM that she met her husband, Norm Butler, and they married in 1975. They moved to Lake Highlands and had their only child, a daughter, Ann. Joyce was a devoted mother, ending her career with IBM in order to stay home. She volunteered often through PTA, Girl Scouts, and church, and used her computer skills to run the new Apple IIe lab at White Rock Elementary. She took pride in all her work, paid or volunteer, and believed it wasn’t worth doing something if you didn’t do it right. She was especially good at taking a huge, overwhelming task and breaking it down into smaller pieces. In 1986, she was diagnosed with breast cancer, and lived to be a 35-year survivor. She was forever grateful to the medical staff of Baylor hospital who cared for her through her fight with breast cancer as well as other illnesses over the years.  A lifelong Methodist, Joyce was a devoted follower of Jesus, studying through Bible Study Fellowship, and seeking to share the gospel for the benefit of all people. Her grandsons were born in 2010, 2012, and 2015 and were the absolute greatest joy of her life.  She lived to facilitate their learning and teach them Biblical truth. Joyce was preceded in death by her parents, brother, and husband, and is survived by her daughter and son-in-law, Ann and Josh Willis; grandsons, Finn, Laird, and Rhett; sister, Donna Mikeska Spear; nieces and nephews, and so many loving friends and extended family. A celebration of life will be held at Lake Highlands United Methodist Church on October 30 at 11:00am.

I loved Joyce when I met her in BSF a few years ago. Then I found out she was the mother of my daughters good friend, Ann. It’s a small world! I am so sorry for your loss. I know she loved those grandsons! She was a great lady and loved the Lord.

I use to sit next to Joyce when Ann was singing in the Contempory Service. She was always smiling and laughing with me! Of course, the word joy was in her name. Of course, Ann is special to our family also. Ann was devoted as much to her Mom as her Mom was to her.

Our thoughts and prayers are with you Ann. I always enjoyed the times I had with Joyce, especially the last time I spoke with her a couple of weeks ago. She is also in my prayers.

Joyce was one of the first people I met when we joined LHUMC many years ago. Her smile was infectious and welcoming. I’ve missed not seeing her at church and was so sad to hear of her illness and passing. Prayers are for you, Ann, and your family.

Ann, I am so sorry to hear about your Mother’s passing. There are no words, really. I’ll keep you and her in my heart and prayers. Please let us know if we can do anything for you!

Joyce was one of the first people I met at LHUMC. Her warm smile was very welcoming. I have missed seeing her at church and I’m saddened that she’s been so sick. Prayers for you, Ann, and your family. May God bless you all.

so sorry for the loss of your mother, and the boys grandmother. I remember us playing with Paul in her backyard and the slackline and battery powered cars in the park.

Ann,
I’m just reading about Joyce’s death. I didn’t know of her death. Your mom was wonderful. Her outlook was always upbeat. You were a great sis to Alex and his ‘tribe’ throughout school. Hugs.