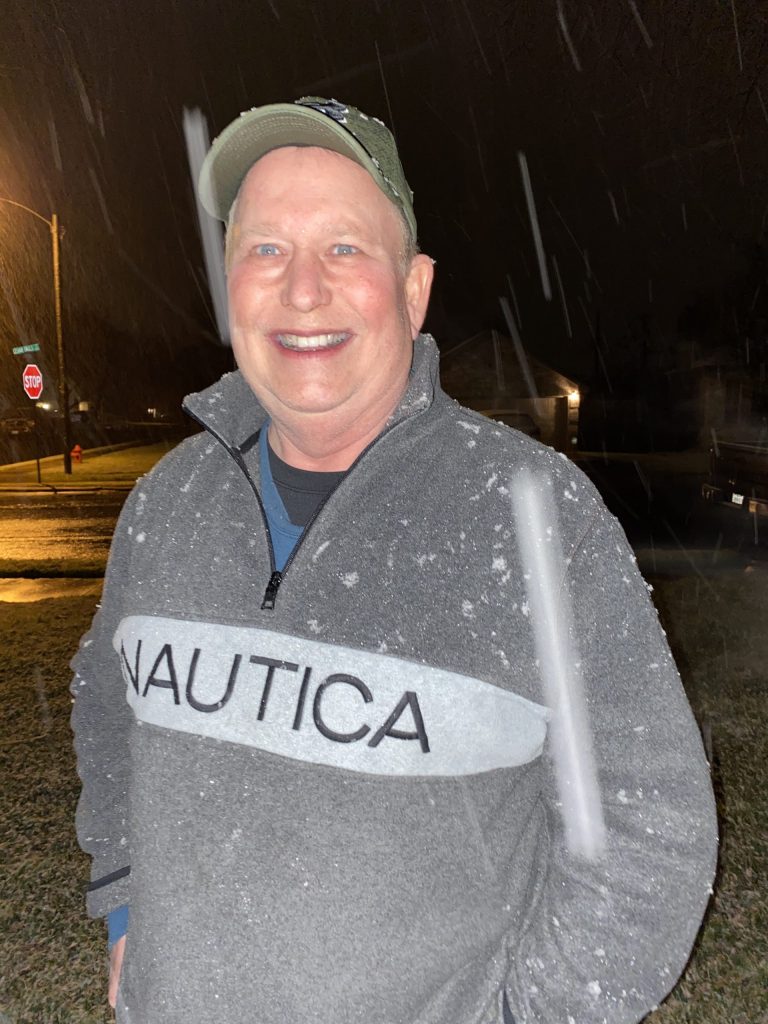 Geologist and golf-aficionado Craig Carter’s love of life didn’t come to an end with his death. Craig passed away on March 21, 2021 at the age of 59, surrounded by loved ones. His battle with serious medical issues related to cancer in recent years showed his courage in facing each challenge with a smile. Despite the pain, Craig fought hard and stayed strong until the end.

From his earliest days, Craig’s bright blue eyes and genuine smile made an impact even before you knew him. Once he called you ‘family’ or ‘friend’, you were moved into one of his many beloved inner circles. To those people, Craig always had an ear to listen, advice – or bad jokes – to give, or ready with a power tool or Macguiver repair.

His first love, by all accounts, was Wonder Bread. As a kid, he would ask for a piece, scarf it down, then jump on the couch with a towel tied as a cape yelling how it magically made him bigger- and “Momma! More Wonder Bread!” That love soon grew to include ALL THINGS Texas Tech related, and golf. Always golf. What better way to pass a beautiful day than leisurely chatting with friends while drinking some beer? Even broken feet could not stop Craig from enjoying the game in his final months.

Craig had a lot of people he loved and cared for, and some of us will mourn the hole he left in our lives here on Earth, while others are welcoming him with open arms on the other side. He will be so happy to see them all again, pain-free, and for that we are so grateful.

A memorial service is being planned in the coming months, likely outside, probably with beer, as Craig would have wanted. Details will be shared as they are confirmed, and if you would like to be notified directly, please leave your email address in the comments below.

Death, be not proud, though some have called you
Mighty and dreadful, for you are not so;
For those whom you think you must overthrow
Die not, poor Death, nor yet can you kill me.
From rest and sleep, which but your pictures be,
Much pleasure; then from you much more must flow,
And soonest our best men with you do go,
Rest of their bones, and soul’s delivery.
You are slave to fate, chance, kings, and desperate men,
And must with poison, war, and sickness dwell,
And poppy or charms can make us sleep as well
And better than your stroke; why swell’st thou then?
One short sleep past, we wake eternally
And death shall be no more; Death, you shalt die.

My brother Craig cane into this world as I was leaving home, 19 years in our ages. I coukd have a father or uncle but I was his brother. He loved my MGB in which we would be Batman and Robin. I took him to his first skiing. Then watched him grow into a wonderful man . He was my brother.

Craig was a good friend. He will always be in my heart. He will be missed dearly.

Beautiful tribute! Wouldn’t be surprised if Craig is playing a heavenly game of golf!