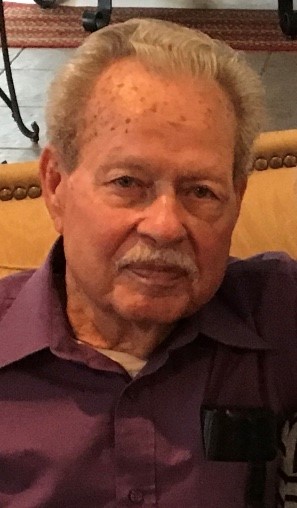 Charles was born on December 29, 1932 to Ben and Bernice Kraatz of Rockdale Texas.
After graduating from high school in 1950, he went on to enlist in the United States
Army. During his enlistment Charles proudly achieved the rank of Sergeant and became a
decorated combat veteran while serving in Korea. In addition to his combat assignments
he was stationed in Germany, and State side locations.

Upon completion of his military service, Charles returned to Milam County where on
March 8, 1954 he married his high school sweetheart, Norma Jane Burgess of Milano
Texas. Shortly after their marriage, Charles and Norma moved to Dallas where they
began their family. There Charles began a long career with Braniff Airlines before
ultimately working and retiring from Kroger in 1994. Having strong family values,
Charles’ and Norma’s marriage produced four children, Mike, Gary, Sherry and
Kimberly. While he relished spending time with family, Charles enjoyed an extremely
active life. His interest and hobbies included growing vegetables in his garden, watching
sports (especially teams from Texas A&M), fishing, and hunting, time at the casinos, and
working jigsaw and crossword puzzles.

OUR PRAYERS AND LOVE GO OUT TO THE ENTIRE KRAATZ FAMILY!!!!!!!

He was a gentle, quiet man who i admired. He was a great dad, husband, and good friend. We will miss his undying A&M spirit.

Uncle Boots, first just let me say you had the coolest nickname. I grew up loving your family and looked forward to family reunions. You were always so soft spoken and showed a gentle soul. I adored your sweet wife and your beautiful daughters. Your sons were older and we really did share many interests, but they were all great kids and you should go to your resting place knowing you were a good husband and father, brother, friend.
I can only imagine the reunion you are celebrating now with your loved ones that have gone before you. I look forward to that special time when my life is through here too. Thank you for being a small part of my life.

So sorry for your loss Mike. Jim and I are thinking of you and your family.

Thank you Troy, so sweet ❤️

We’ll miss you Uncle Boots! So many great memories of you and Aunt Norma. I pray that you both rest peacefully in Heaven while watching down on us all. Sherry and family my condolences to everyone. Let’s rise to the occasion during this celebration of life.

Our condolences and prayers go out to the Kraatz family.

So sorry to hear this.You and Vivian both losing your dad so close together.May God comfort you and family. Love to all. Louise (Pug) KimbrLouiseow, and family.

Thank you Troy for those kind words.

Thank you Bo for your kind words.

Our prayers and condolences to the Kraatz family. Boots and Norma will be greatly missed. They were the best neighbors to have. They lived straight across the street from us. We’re going to miss them greatly. So sad of hearing of their passing. May God continue to watch over family.

Thank you so much for your kind words. My Mom spoke of you and felt the same about having good neighbors.

I didn’t know I could comment or I would have papa.
I love in miss you soon I’m coming for a visit. I just want you to know I miss you please give my mom a hug. I write this as I believe in my life you get this in heaven.