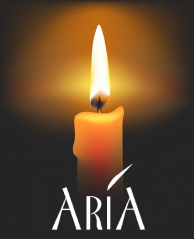 Rodney Alan Clark of Grand Prairie, TX went to Heaven on October 21, 2021,  at  age 49. He was surrounded by his family. He was born on June 27, 1972 to Joseph Paul Clark and Cynthia Dianne Miller in Dallas, Texas. He worked as an HVAC Technician, and truly enjoyed being friends with the guys that he worked with. Rodney had a passion for music, and he loved his boxers, specifically, Waylon Jennings Clark. In his free time Rodney loved to watch music performances as well as sing and play his guitar. To know Rodney was to love him, he loved to prank his family and friends, and he had a huge heart and didn’t hold grudges against people who wronged him. Rodney was spontaneous, and a kid at heart. When he decided something, there was no stopping that man. He was a very compassionate man, with a lot of love, and forgiveness for all. Rodney met his soul mate, Cathy Copeland Clark, in Grand Prairie, and they both fell in love almost immediately. They were married April 11, 2015.

Rodney was survived by his wife, Cathy Clark, of Dallas, Texas, his parents, Cynthia and David Ramo of Bryan, Texas, and Don and Kathy Rushing of Union Valley, Texas. Children, Kayla Brinson of Canton, Texas, Desaree Parsons of Grand Prairie, Texas, and Avery James Clark of Grand Prairie, Texas.  He also had two grandchildren, Nathan Natali Parsons, and Brenden James Brinson. Rodney also leaves behind extended family, and friends. He was preceded in death by his father, James Paul Clark.

Rodney will be greatly missed, but knowing that he has earned his wings, this is not goodbye….but, “until we see you again.” Fly high, sweet guitar man, fill Heaven with your songs. You are so very loved.

No Thoughts on Clark, Rodney Alan