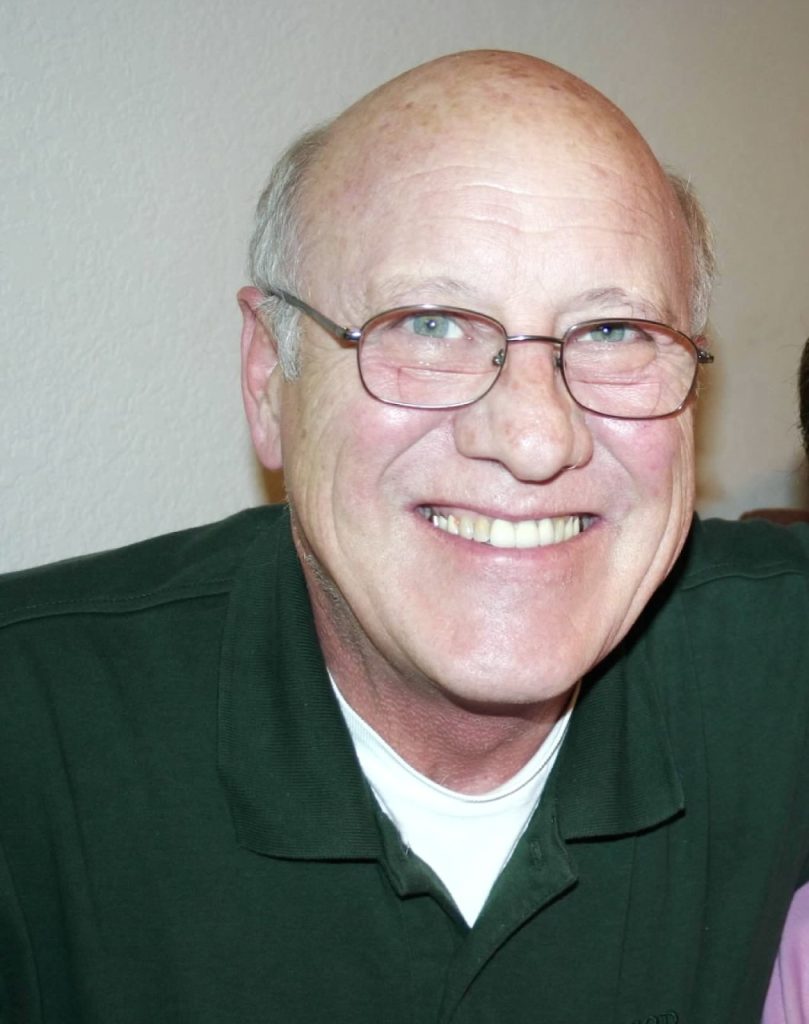 David A. Quadrini, Sr. died Saturday, August 27. Born in Rochester, New York, as the third of six children of Pierina and Attilio Quadrini, who had immigrated from Italy  in 1931. David’s strong Catholic faith guided his life from an early age until his last breath.

David married Rosemary (Falbo) in 1964 in Utica, New York. Family and faith were paramount to them. They raised four children and were blessed with seven grandchildren. He loved being a father, an uncle, and an active granddad. Rosemary and David were founding members of All Saints Catholic Church, where he was a long-time member and past President of the All Saints Men’s Club. David volunteered on many committees and programs at All Saints; especially for the Building Committee when it came time for the church to design and build their current sanctuary and Fellowship Hall.

In 1957, David graduated high school from The Aquinas Institute of Rochester where he not only played varsity football, but also played saxophone in the band during halftime.  David joined the United States Marine Corps and trained in Aviation Electronics Navigation (ATN). His commanding officer saw David’s potential and arranged for him to continue his studies at Rochester Institute of Technology (RIT) where he graduated with Mechanical and Electric Engineering degrees.

David and four fellow scientists from Xerox started Triaid Sciences, one of the first environmental-solutions companies focusing on Air, Water, and Land. They developed technologies to fix environmental degradation, which led to David speaking in New York City at the inaugural Earth Day in 1970.

In 1976 David moved his wife and children to Texas to design a system to remove environmental toxins from water destined for the Trinity River.  For over 20 years with Texas Instruments, David managed design and construction of wafer-fab plants around the world and became Corporate Fire Marshal supporting world-wide manufacturing plants.  In the mid 80’s David guided T.I. in developing cogeneration, a revolutionary system that produces electricity from the heat generated from chip production.  Cogeneration led to his 2022 patent to produce power from desalinating water. David was an independent consultant for years, serving as Chairman for both the National Fire Protection Association (NFPA318), and with the City of Dallas Fire Department Code Committee.

A celebration of his life will be held on Wednesday, September 7, 2022 at All Saints Catholic Church

Memorial donations may be sent to the North Texas Food Bank www.give.ntfb.org

6 Thoughts on David A. Quadrini, Sr.

Dear Rosemary , I am grieving for you and all of your family upon the loss of David. Please know that I include you all in my prayers. David was such a very special man who did so much good in this world. His suffering is over and I sure that he has been welcomed into the loving and healing hands of his Lord. Love and God bless! May

A wonderful warm human being.
A loving, kind and generous family.
I was honored to know Sr. Grateful to have his family in my life.
With deepest sympathy,
Sam S

David was such a nice man. I am happy I knew him my entire life. I still remember when he returned home from Japan after serving in the Marines.

This is a great obituary for a wonderful man. Amazing to learn even more of his history. Condolences to all, Sean S.

My love and condolences to all his family. I am so grateful to have known him. His home was filled with love and concern for others. His family will carry his example for generations.

Rosemary,
We just learned of David’s death today. Our prayers for David and deepest condolences to you and all your family. May David rest in peace.
Gianna and John Gargan