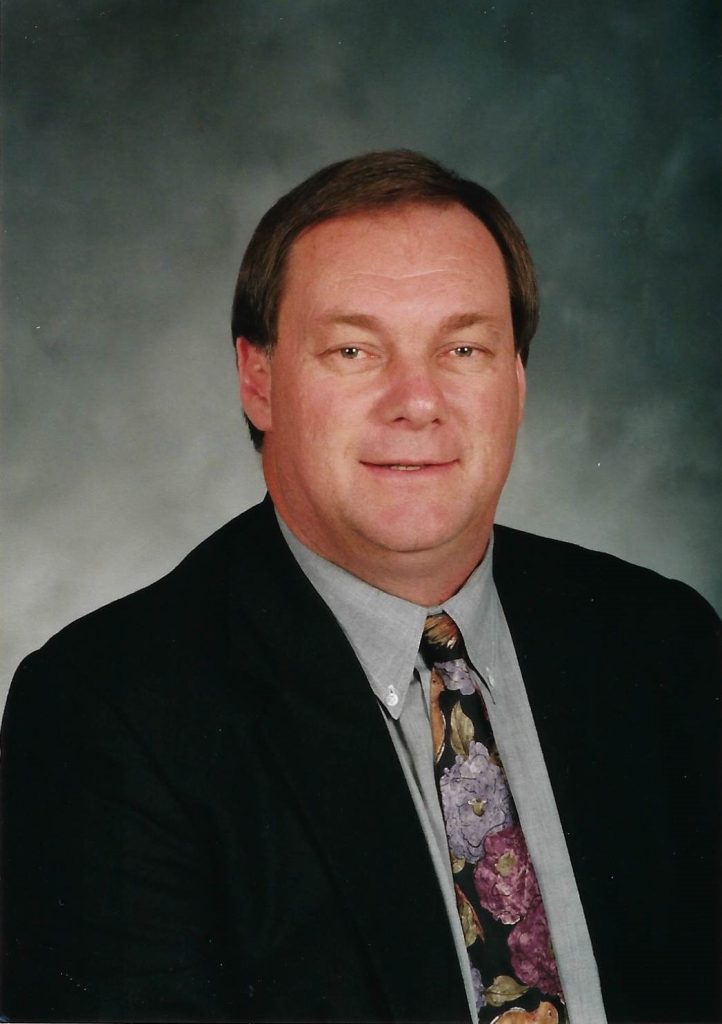 Eddie was born on June 14, 1949 in the Oak Cliff area of Dallas. His love of golf began there as a young boy just looking for a way to earn money for Dr Peppers and Saturday matinees. His golf and sales career began at Cedar Crest Golf Course. First shagging golf balls as he walked past the golf course and selling them back to golfers at a “reduced price” on his way to the Saturday matinee. Soon he became known as “The Kid” and was offered his first real job selling drinks on the golf course. Once old enough, The Kid was given his dream job of working in the golf shop. This is where he became a “golfer” and a “salesman”.

He attended Adamson H.S. where he lettered in basketball and golf; made many life-long friends; and most importantly met Nancy Burgess. He and Nancy married in 1969. A year later he was working as an assistant golf pro at Lakewood CC. He went on to become the head golf pro at Baytown CC and Corsicana CC. Continuing his golf career as a manufacturer sales rep and sales manager, he received multiple awards and made many close and life-long friends. It has been said that Eddie French was “the best” shoe salesman in the golf industry.

We thank Eddie’s nurse, Caroline, and his aide, Tiggy, from Faith Presbyterian Hospice for the wonderful care they gave him.

In lieu of flowers, donations may be made to The Association for Frontotemporal Degeneration (theaftd.org) or Stonebriar Community Church (www.stonebriar.org).

I am very sorry for your loss. I have had the privilege of servicing the home of Eddie and Nancy French for several years. He was always very kind. I will keep you in my prayers as I know how difficult a time this is.

Oh, Nancy—I am so sorry for your loss. I know how hard it is to lose your husband. It sounds like he was an amazing man! Please know you will be in my thoughts and prayers. Love-Margret Wood❤️

My Dearest Nancy, I have shared part of this journey with you and have watched your courage, compassion and love for Eddie. He was so lucky to have you. And we in our FTD group are honored to know you. You have been an amazing caregiver. I wish you peace now. I will make a donation to The AFTD in lieu of flowers. Love, Doris

Eddie was already a gentleman when I knew him at Adamson. Sincere condolences to Nancy and family.

Rest easy, Eddie, secure in peace with the Lord. For you, Nancy, I wish quiet strength, gentle peace, and steadfast love and support from your family and friends. You’re on my heart and in my prayers. Marty
The Lord…is good, for His steadfast love endures forever. Psalm 136:1

Nancy so sorry to hear of Eddie’s passing. Eddie was a super guy. You are in my thoughts and prayers.

I will always be thankful to Eddie for his support in my Golf career. He helped get me started in my first Head Professional’s job at Denton Country Club in 1984 and for that I will always be grateful. I met Eddie while working at The Grapevine GC under our mutual friend Jim Smith. After Jim retired in 2012 an I became the Director of Golf; Eddie continued calling on our shop. Always one of my favorite sales call. Eddie always looke out for the best interest of the golf professional . For that I will always be grateful. RIP Edible . You will be missed.

I remember Eddie coming over to our house a lot and he and Glen would go play golf. I’m so sorry for your loss. Prayers for you and all of the family.

Nancy, Saddened and shocked to hear of the loss of Eddie… One of my longtime friends, we spent many years in the Golf industry together, with several Fun vacation trips with you and Eddie. Take Care Nancy, RIP Big Guy!!!

Nancy, you and your family are in our prayers during the sad time. You were always there for Eddie and what a great man he was. We love you –
Laura and Charles

Mike, I am so glad to hear from you. I could not find your phone number. I did not think to send a FB PM. Eddie loved you and Marla. And so do I. YES, we did have some very fun times!

You can watch by clicking on this Link:

Thank you LaBetha. I agree, Eddie was a pretty super guy :o) – even as his health and memory declined over the past few years. He forgot a lot, but never forgot winning the Adamson All-Alumni Golf Tournament one year at Grapevine Golf Course that you help organize.

Thank you LaBetha. I agree, Eddie was a pretty super guy :o) – even as his health and memory declined over the past few years. He forgot a lot, but never forgot winning the Adamson All-Alumni Golf Tournament one year at Grapevine Golf Course that you help organize.

Tom, thank you for your kind words and prayers.

Thank you for your kindness and prayers. You understand. Miss you.

Prayers of peace today and always. Eddie was so blessed by you and your care. We were connected for reasons, which for Eddie and Kirby had to have been “golf on my mind” They are doing that now. Healed, Happy and Holes in One in Heaven.

There are not enough words to say to make the pain to go away. My door is open if I may be of comfort.