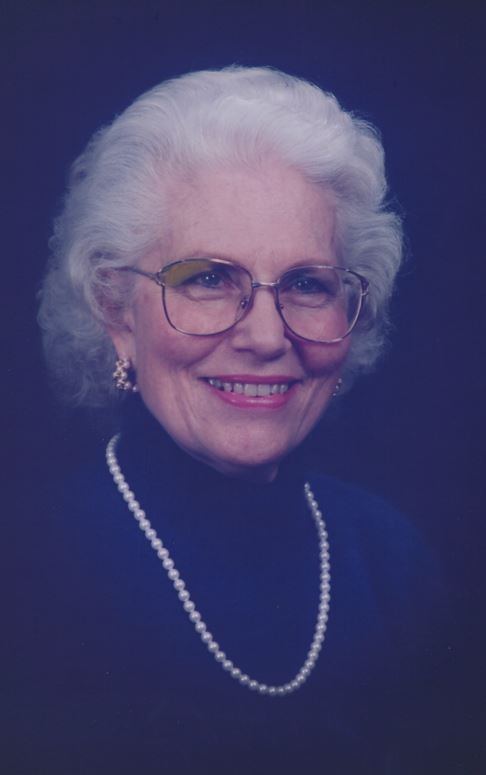 Her favorite dog when she was a kid was “Smokey”. She loved dogs all her life, especially golden retrievers.

The Ashton lineage was in Manufacturing.  Her grandfather owned the Ashton Building (which is still there) on University and Snelling in St. Paul which made car fans that kept you cool before they invented A/C in cars.  Her dad was a salesperson for her grandfather’s company.

Mary loved going on trips with her grandparents and would go to Florida for a month in the winter.  The grandparents loved her and treated her extra special.  One time their “chauffeur” drove them on a trip all over California for a month.

As an adult, Mary worked at Travelers Insurance which provided the insurance for Victor Adding Machine where Jerry worked. She would come to his office to work insurance claims. By going out together with Jerry’s friends, they were introduced to each other.  They eventually married in June 1956 in Crete, IL.

In 1957, Jerry accepted a position with Texas Instruments Incorporated and that led them to Dallas, Texas.

Mary was very involved with the church. She was a charter member of Our Savior Lutheran Church, Rockwall in the 70’s. Furthermore, she was one of the very first members, following the charter, of Messiah Lutheran Church back in Richardson in 1957.

She loved music and was even the organist of Our Savior for a long time. She also played for other churches on an as-needed basis. She was very involved in the choir. She directed and sang in the choir at Our Savior and also sang in the Messiah Lutheran Church, Plano choir. She was the President of the LWML several times (they didn’t want her to leave) and went on to serve as the District President.

Mary passed that love of music down to her kids and grandkids. She also passed on her competitive spirit. She loved playing games, and when she played, she played to win!

Mary was a very caring and loving grandmother. She loved to travel with the family on vacations. She attended every family and grandchild event possible, no matter her condition. She gave cards on everyone’s birthday. She always wanted to get the family together and celebrate. She was a hugger. She had a hug for anyone and everyone. She even trained her kids and grandkids to give everyone a hug when entering or leaving any home.

In lieu of flowers, Mary has requested that donations be made to Messiah Lutheran Church, Plano.

I am so saddened by the loss of. Mary, my long time friend.We corresponded through the years but missed seeing her.
I will always remember and cherish our friendship.
Barbara

Gerald, I did not know your mother, but just read the obituary. Your mother was an exceptional person and has found her place in heaven. Please accept our heartfelt condolences.

Gerald,
You were so very blessed to have such a gentle and sweet mom. Know that she has joined the celebration of the choir of angels. My prayers are with you and your family.