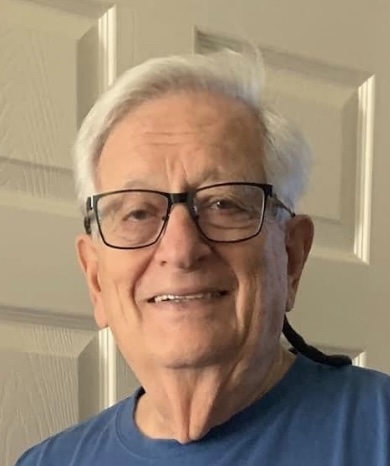 Eli Shaff was born on September 12, 1935, in Brooklyn, New York to parents Louis and Etta Shaff. He was the only son and youngest of five children. His four older sisters, whom he adored, were Rosalie, Muriel (Mickey), Edith (Edie), and Sonia (Sunny).

At the age of ten, Eli moved with his family to Livingston Manor in upstate New York, where he helped his father in his fruit and produce business and graduated from high school in 1953. As a member of the National Honor Society and Senior Class President of Livingston Manor High School, Eli’s leadership abilities were evident at a very young age.

He spent two years in the U.S. Navy before finishing his engineering degree at Brooklyn Polytechnic Institute. He always said he was not a great engineer, but ultimately that did not matter, as he was great with people and building lasting relationships. He began his career with Western Electric and climbed the ladder of management, subsequently retiring from AT&T after a successful career spanning 38 years. At one time, Eli headed a sales team of over 300 people with offices in many locations throughout the United States. When he retired, it was a testament to his love of people that he received hundreds of letters wishing him well and thanking him for his kindness, leadership, and mentorship. He maintained many of these relationships throughout his life and made it a priority to keep in touch with so many people throughout the years.

Eli passed away on June 29, 2022, at the age of 86, in Dallas, TX. He is survived by his wife of 60 years, Belle; his daughter, Paula; his son, Louis, and daughter-in-law, Jennifer; and his three grandchildren, Gabrielle, Ethan, and Sam.

He was a gentle, kind, and caring person who loved and felt deeply for those in his life. In turn, he was a greatly loved man and will be missed each and every day, always and in all ways.

A beautiful person and an example to all. Love you Eli! Thank you.

A loving and kind person. An example for all to follow. Eli you will be missed by each and every life you touched. Rest In Peace. We love you. Hope to see you at the bridge.

All the things said of Eli in his obit are very true of him. I think of years when we were in high school. Eli would have me and five or so.more guys over to his barn to play pool. Good times with a great friend. The nice people will always be in our thoughts.

Eli was a philosopher and a listener … made him a great manager of people in whatever setting. He saw good in everyone. He is the kind of person that makes one think “I’m glad to have known him”!
Time erases the hurt but not the memories.
Rest in peace, Eli.

A Loving Soul will be missed. Eli shared many good times. Always sunshine in Eli’s eyes and voice. Thank you Elli for sharing your time with us. You inspired your POEM in June 2022. All of us wish to find the peace you have. Love you Forever, Eli.

Eli was a mensch… a person of integrity and honor. We met when he started at Western Electric and remained friends for 63 years. Eli was a natural born manager and proved himself again and again.