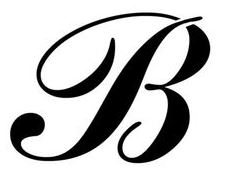 Fielding William “Bill” Baker, 73, passed away peacefully on August 7, 2022 at Baylor Dallas.  Born January 17, 1949 in Dallas, Texas to Thelma and Harold Baker.  He grew up in Lakewood, and while traveling and working in various places, he always called Dallas home.

Bill had a very eclectic career.  As a young man, he managed the Villager Jazz Club.  He worked in photography and was an avid photographer throughout his life.  He worked in retail for Marty’s, and there he developed a passion for fine wine and food.  He worked for Seagram’s as the state/regional manager for several states including Texas, Oklahoma, Arkansas, and Missouri.  He was most proud of getting Perrier-Jouët Champagne on the wine list at The Mansion and partying backstage with the Rolling Stones.  Bill also worked for a few other wholesalers and from 2009 was employed by MISA Imports where he retired two years ago but remained a part of their family.

Bill had many interests that included competitive skeet shooting, collecting First Edition-signed books, Pétanque, and collecting Millefiori glass.  He had a collection of fountain pens and had the most beautiful penmanship.  Bill also had an irreverent sense of humor.  His “words of wisdom” will be missed by many.

Survivors include his Godson, Andrew Gunter, his many friends from the restaurant and wine business, his MISA family, and his special Duchess.

A memorial service will be held Wednesday, August 31, 2pm, at the Big Thicket on White Rock Lake, 430 E Lawther Drive, Dallas, TX.  All friends are welcome to join in celebrating and sharing stories of “Sir Bill”.

No Thoughts on Fielding Baker