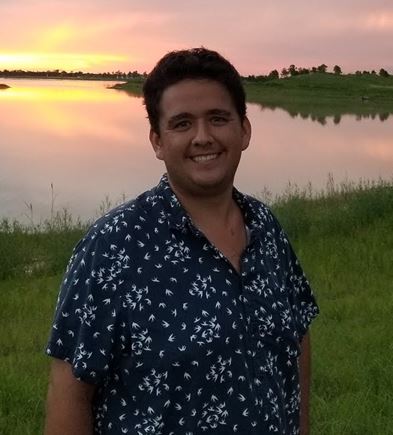 Forrest Cole Jackson (26) was born May 26, 1996 in Dallas, Texas and passed away June 11, 2022 in Katy, Texas.  He is the son of Jeffrey Michael Jackson and Kimberly Denise Pruitt Jackson. He is a graduate of Frisco High School, Collin College and he earned his bachelor’s degree in accounting in 2020 at the University of Houston Downtown. He battled testicular cancer in 2021 and was cancer-free the same year but was severely impacted by chemo side effects. Forrest was a truth seeker, and his interests were far and wide. He was a humble, kind, meek, knowledgeable, and nonjudgmental spiritual soul and always found a way to touch the hearts of those that knew him. To know him was to love him. He brought joy and laughter wherever he went and lit up the room with his one-of-a-kind smile.

I’m soo sorry cousin. There are no words that can bring you comfort. I know.. Only a mother who’s lost a child knows the pain and confusion of such a loss. I’m here for you if you ever want to talk. I love you.

Cousin I’m sorry. There are no words. I love you and I’m here.

I only had one interaction with your Forrest when we had about an hour long discussion ranging over various topics of interest to us both. I was struck by his sweetness and enjoyed our little time apart from the crowd around us to connect in a special way, unique I’m sure to Forrest himself. I grieve with you. God’s comfort to your family.

Forrest spent many a weekend with us in our home visiting our son Jake. We knew Forrest as a young man with a gentle soul, a kind nature and an intelligent sense of humor. He was truly loved by our family. It is difficult to find the words to express our sorrow and condolences for his entire family. He was a treasured friend to our son and loved like a brother by Jake and he will never be forgotten by any of us. Forrest’s memory will be a blessing and comfort to all who knew him.

Videos, pictures, and the live stream of the 7/7 services will be available at the group page below. Please share your stories of Forrest here or there.

If you plan on attending either event, it will be hot out so please come casual. The theme for the night event is Hawaiian.

Thank you to everyone that has reached out to the family in this very difficult time.

My Darling Forrest, we shall celebrate the 26 years we were fortunate to know and be loved by you! Miss you so much son. We will she each other again. Love Mama

Forrest was our son Jake’s best friend. They met at Frisco High School.

Forrest often stayed at our home for days. We loved having him. He was so polite and appreciative. I will forever hear and see him saying “Thank you Mr. and Mrs. Williams” for anything and everything we did! The two boys hung out, talking, cooking, watching movies, eating and doing activities nearby.

Forrest had a great sense of humor. He was the sweetest young man ever and we will miss him.

This world has lost a kind and gentle soul and we are so sorry for his family’s loss.

We are so so very sorry to hear this news. No words help other than knowing others are there to love and support you through these tumultuous times. Charlie and Judi Blackmon

I’ve been thinking about you every day.
I’m so very sorry, regarding your son’s passing.
You are forever in my prayers.
Sincerely,
James K Jay Hayes

My heartfelt sympathy to you and yours at this sad time. So sorry for you loss. Please know that your friends are here to support you, whenever you need it.