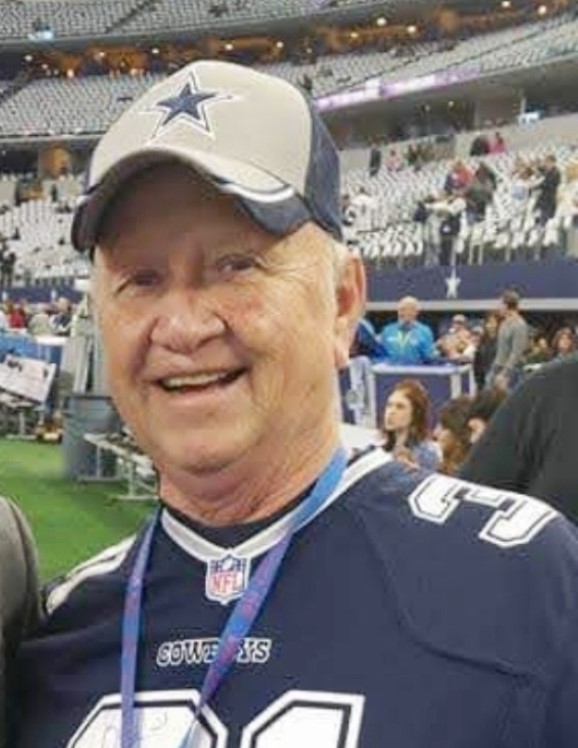 Benbrook, Texas- Gary Canada passed away in Fort Worth, Texas on Thursday, September 15th at 11:03 pm with his family by his side. He was 76 years old. Gary aka (Poppy) was born March 7, 1946, in Ada, Oklahoma. Upon graduating high school, he joined the Air Force. He married the love of his life, Sharon, and together they raised a beautiful family. He served in the United States Air Force for twenty years as an avionics technician. Gary retired from the Air Force in 1987 and settled down in Benbrook TX.

He went on to build fighter jets for General Dynamics/Lockheed Martin and eventually retired from there. He was a family man. His favorite thing to do was spend quality time with his family. He enjoyed fishing, camping, and attending his family’s activities.

On Sundays during football season, you could always count on him watching his favorite football team the Dallas Cowboys. A few of his hobbies included estate sale shopping, coin collecting, watching college football games, and enjoying some sweet treats here and there.

Scan the above QR Code to view Gary’s Memorial Slideshow.

Condolences and love to all.

My thoughts and prayers are with you and your family. May he smile down on you during your time of sorrow.

We are so sorry to hear of Gary’s death. He was a wonderful husband, father and grandfather. We will always remember him being so supportive of his children in softball. May the angles take him back home and May God give you peace and strength at this time. Love you all,
Tony and Lucy

My condolences to the family. May his memories be a blessing and give strength to all during this time of grieving.

You’re family is in my thoughts and prayers! Thank you guys for being such a big part of my softball life and so many great memories! ♥️

So sorry for your loss Sharon. Our heart goes out to you today and every day yo come. We love you.
Brian and Lisa Davis.

Mellanie and family. We are so sorry for your loss.
Prayers of strength and healing.

Sharon and girls,
I’m so very sorry to hear about Gary’s passing. It seems like only yesterday we were neighbors in Hawaii and enjoying life! It’s hard to believe that it has been 40 years or so now. I thought him to be a very nice person and always enjoyed our Tuesday nights bowling together. Keep each other close and cherish all the memories of your father as you had one of the best! GOD Bless each of you and GIRLS be sure to look after your mother. Love to you all.

Sharon and the family we’re so sorry for your loss.
Prayers for you all. Gray was such a kind person always smiling. Prayers and hugs love you.
Mike & Jamie

I loved my cousin, Gary. We spent summers together while he worked for my dad in the hay field.

I’m deeply sorry to hear of Gary’s passing.I thought very much of him.He was very thoughtful and cheerful, and loved by all .rip Gary.

I am so very sorry for your loss. Please know that I am praying that the Lord will surround you with peace and comfort.

So very sorry for your loss. Thoughts and prayers for your family and may God surround you and give you strength and peace during this time.