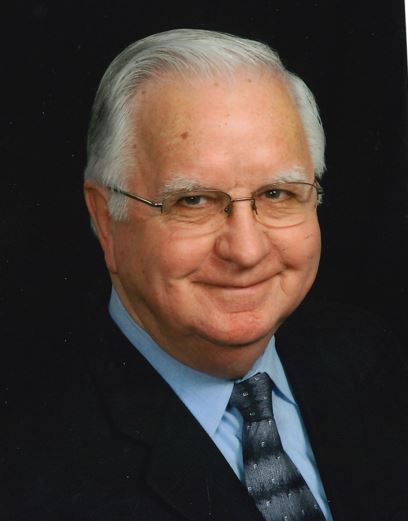 On Saturday January 21, 2023, Gerald C. Cain, loving husband and father of two children, passed away at the age of 84.

Gerald was born in January 1939 in Clark, Texas to Louis Forman Cain and Cassie Belle Fowler.  He graduated with a BBA in Management from Baylor University in 1961.  During his time at Baylor, he was involved in the Esquire Club.

On June 30, 1961, he married his High School classmate Delora Ann Keck.  During their 61 years of marriage, they raised two children, Christie and Bryce.

Gerald was a Staff Sergeant in the Texas Army National Guard through 1968.   During his professional career, he worked in the banking and insurance fields.

Outside of work, Gerald was an avid follower of collegiate sports, specifically Big 12 Football and both Men’s and Women’s Basketball.   He was a longtime usher at First United Methodist Church of Richardson.

After retiring from full time work, he enjoyed spending time with family as well as many friends he made in the neighborhood, on the walking trail, at the fitness center, coffee shop, or local bars.  He also spent many years volunteering to patrol the neighborhood.  Gerald never met a stranger, was always positive, had a great outlook on life and could always make you laugh.

Gerald was preceded in death by his father, Louis; mother, Cassie; brothers Luther, Leonard, and Thomas; and son Bryce.

In lieu of flowers, the family requests donations be made, in Gerald’s name, to either the:

The family wishes that you spend quality time with your loved ones or even strike up a conversation with someone new, as Gerald was always making friends wherever he went.

Gerald was always “special” to me. He took me to my 1st grade class and stayed with me till he felt I was okay. A cousin who made time to call, text and join all Cain family reunions possible. I will miss you Gerald!
Cousin Kathleen Cain Harris

I love Gerald SO much. Not only was he my brother, he was my friend, mentor, adviser and unofficial therapist. Being BiPolar, I would get really depressed. All I had to do is call Gerald. He would talk me through it every time. He was funny, had a contiguous laughter. We could talk and laugh about anything. He always called me Sis. He said, “None of us are going to live forever.” True. But God, how it hurts!
He is the last of my 4 brothers to passaway. I know this is suppose to be lighhearted and funny. But I don’t feel that way. I’m just saying this from my heart. I have heard
“When Someone you Love becomes a Memory,
that memory becomes a Treasure

Such a sweet story, Kathleen! He loooved his cousin.

Gerald was a cherished long time friend and neighbor. He’s a person who always made you smile with his kindness and concern and willingness to help. We will miss him. Love to Delora and family. Kay and Dean

Your friendship has been cherished through these years.
Gerald always enjoyed getting the “scoop” from you, Kay, about current real estate prices and issues.

I knew Gerald as Papa. He and Delora (Nonie) took me into their home for 8 months right after I graduated college. I have so many memories of his kindness, but what I most remember was his faithfulness to his people. He had his Baylor buddies, the lunch friends at the hideaway, the neighbors, the ushers at church… everywhere he went, he made friends and kept them. We used to laugh at the dinner table every night. He often made you feel like you were in on something special with just him — whether it was sneaking me an oatmeal cookie or cooking up a meal from Omaha steaks. I learned a lot from Papa and hope to someday live with as much kindness and faithfulness to my community as he did.

Sarah, you became a part of the family, “Our granddaughter, Sarah”. When Kelsey said she had met someone she wanted as a roommate, I knew you were special before we met you.
I am looking forward to seeing you soon.

I start thinking about the memories and how far back they went–1969 when we joined Asbury UMC in Pasadena. I think of the trips-Estes Park and Bella Vista come to mind. Y Indian Guides is another and our many visits in each other’s homes. What great hosts you two were. Although we had not seen each other as much in the last few years, we still kept in phone contact. Prayers are with you, Christie and the rest of the family. Love, Mary Lynn and Joe