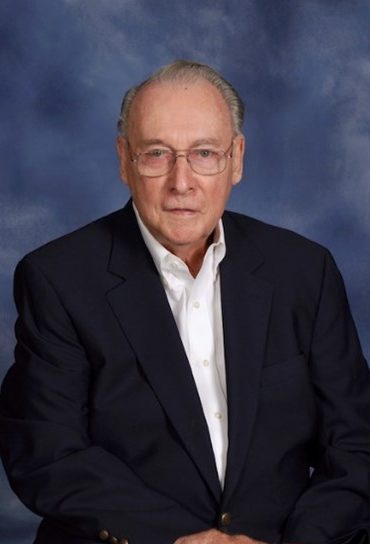 Jerry was an electrical engineer at E-Systems for 35 years. Jerry loved cars; both repairing and restoring.  He volunteered at Baylor of Garland, the Lake Highlands neighborhood watch, the Dallas Arboretum, as a Troup #884 Boy Scout Leader, and various volunteer work at the churches he attended with 1st Methodist, Garland being his current church.  He was an avid sports fan of the local Dallas teams.

Jerry served in the Navy during the Korean War helping keep the Navy motor vehicles running from his station in Grand Prairie, Texas. Jerry was a patriot and loved his country.

The funeral services will be held at Canyon Creek Presbyterian Church, 3901 North Star Road, Richardson, Texas 75082 on June 17th at 10:30 a.m. CST.  Service will be led by Andy Odom, lead pastor and nephew of Jane and Jerry Grigsby.

All my love for the family of a wonderful man.

I am so sorry for your loss. Our thoughts are with the family during this time of sorrow.

So Sorry for your Loss Richard may your Father Rest In Peace with the Lord.

Jane my thoughts , love and prayers are with you and your family as you go this darkest of times. May you feel God’s presence in the ling days ahead. I love you.

Dearest Jane, I was so saddened to hear of your loss. Please know you and your family are in my thoughts and prayers.

To the family please accept my sympathy at your loss.

Jane, I’m so sorry for your loss. May your wonderful memories comfort you.

Jerry was a great man whose family meant the world to him. I’m very blessed to have known him for so many years. I know he will be greatly missed by all who knew him.

Jerry was a nice guy who was no nonsense and a good sense of humor. I enjoyed talking to him at work and hearing about his others fascinating interests. My sympathies to his family.

Jerry was a wonderful person and good worker. Our thoughts and prayers go out to the family in the difficult time.

Jerry was a valued colleague and a treasured friend. There was nothing that would break or stop working in my home that he could not tell me exactly how to fix it. He will truly be missed by all who knew him.

Mrs. Grigsby, I am so sorry for your loss. I am so happy I was able to be his home health nurse and take care of him for a little while. He always brightened my day with his sense of humor. Sending healing prayers and comforting hugs. Tonya Simmons, CCYoung Home Health