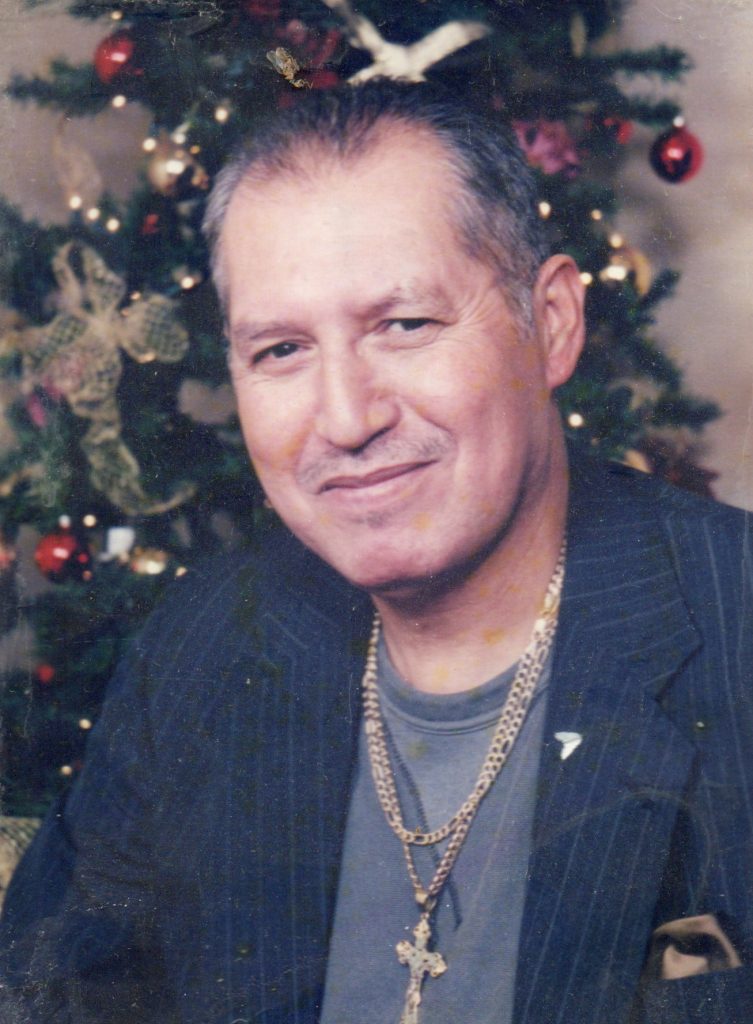 Gus Tony Garza (Antonio Saragoza Garza) was born in Dallas on August 13, 1944, to Miguel Garza and Mary Constancio Garza. He passed away on July 8, 2022, at his home in Desoto, Texas. Gus attended Dallas ISD schools including Crozier Technical High School. He married Dolores Trillo on October 22, 1966, in Dallas, Texas, and they would have celebrated 56 years together this year.  Gus was raised in the Catholic Church and he and Dolores attended Holy Spirit Catholic Church in Duncanville for the past 30 years.

Gus was a sports fan all his life and coached some of his grandchildren’s teams.  He especially enjoyed watching and coaching baseball and softball. He coached in the elite invitation-only Youth World Series in Bentonville, Arkansas, for the Duncanville Cardinals. He was also given an award by the City of Dallas for assisting in setting up a youth baseball in West Dallas were he was raised.  He affectionately called his West Dallas stomping ground “Tierra de Dios.”  In addition to baseball, he was a devoted Dallas Cowboys fan and was waiting for the year they would return to the Big Game! He laughed at the end of each season and said, “Maybe next year!”

Gus’s main employment throughout his life was in building and construction.  In the late 60’s, Gus became an apprentice to Mingo Scott for plaster molding. After a few years, Gus started his own plaster molding business which he maintained until the 90’s. He was an artist of plaster work and used this artistry to beautify houses with his plaster molding trim and décor. Once he retired from the plaster molding work, he helped his son Gus Garza Jr, get his Disco business started which has become a very fruitful business.

The sparkle of Gus’s eye was his grandkids and especially his great-grandchildren. They all had a special relationship with him and loved visiting him at his ranch. They enjoyed playing ball, games, and Gus giving rides on the tractor was a favorite by all.

Flowers and plants may be delivered to Holy Spirit Catholic Church only on the morning of Friday, August 19, 2022, or donations may be made to the American Heart Association at www.heart.org, or to the charity of your choice.

I’m sorry for the loss of ur father n husband Gus. He was a great guy n a great coach. And he will sadly missed.

My prayers to the Garza Family,
Coach Gus ⚾️ will be missed by many.

My condolences. Mr. Garza was a patient of mine. He was a very nice and pleasant man. May he rest in peace.