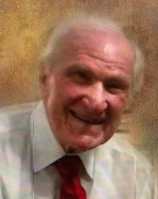 Hardeman Nichols was one of eight children (four boys and four girls) born to Gus and Matilda Nichols.  He grew up in Jasper Alabama where he graduated from Walker County High School, and continued his education at Freed-Hardeman College in Henderson, Tennessee; he studied for a brief time at West Virginia University.

At the age of 17, Hardeman Nichols had preached his first sermon, but it was when he was visiting his wife-to-be in West Virginia that he committed his life to pulpit ministry.  He had been invited to conduct services for inmates at the nearby prison in Moundsville, and those who attended the services, began to call him “preacher.”

In 1948 Hardeman married Virginia Montgomery of Moundsville, West Virginia, whom he had met while both were students at Freed-Hardeman.  They celebrated their 70th anniversary August 5, 2018.

After their marriage, Hardeman and Virginia moved to Cordova, Alabama, where he preached at the local congregation and taught at the high school.  Their two daughters were born during this time.  In 1954, the Nichols family moved to Lubbock, where Hardeman preached at Sunset Church of Christ, and from that focal point was instrumental in establishing Lubbock Christian College and The Sunset School of Preaching.

In 1956 the family moved to Midland, Texas, where they remained for nine years, Hardeman preaching at the North A & Tennessee congregation.  Again, his influence reached beyond the pulpit, as he encouraged and assisted in the establishment of Midland Christian Schools.  It was in this lovely west Texas environment that he accompanied church members in hunting, fishing and golfing, which for many years were favorite pastimes.

Another major step was taken in 1965 when the family moved to Dallas, remaining there for another nine years, where Hardeman preached for the Walnut Hill Church of Christ.  In 1973 he moved a short distance west, across the Trinity River, to work with the Southside Church of Christ in Fort Worth; these metroplex congregations generously supported Hardeman in mission efforts in India, Canada, Romania, England, Ukraine and Israel.  Closer to home during these years, he served on the Board of Trustees of Oklahoma Christian University, and was honored as a Life Trustee.

Throughout his years as pulpit minister, Hardeman was often a speaker for congregations throughout the United States, and participated annually in university lectureships, most frequently at the Freed-Hardeman Lectureship, where for several years he conducted the Open Forum.

In subsequent years, Hardeman preached for the Seventh Street Church of Christ in Columbus, Mississippi, returning to the Dallas area in the 1980’s to teach at the Preston Road School of Preaching, the Brown Trail School of Preaching, and to preach for the Pleasant Grove congregation, where he remained until failing health prevented his active ministry.

Hardeman was preceded in death by his parents, his brothers and sisters, and by his adoring wife, Virginia (deceased February, 2019).  He is survived by his daughters, Judy Caporaletti and Beth Ballard, son-in-law, Zach Ballard, grandsons, David Caporaletti and Chris Caporaletti, and a great grandson, Michael Caporaletti; and by his devoted caregiver, Angela Villafranca.  He was a faithful Christian husband, father and teacher, who has left a legacy of love and service for his family and friends.

He was a wonderful man. God blessed is sitting at his feet.

What a life well lived! So thankful to know he’s with Jesus and celebrating heaven in a big way!!

HE WAS A GREAT SOLDIER IN THE LORD’S ARMY. PRAYERS FOR ALL

One of my fondest memories will always be the day I meet and had lunch with bro. Nichols. What a genuinely wonderfully welcoming spirit he had! I recall a little funny he shared: Someone tried to convince him to go into medicine and be a doctor. He said, “Jim, I saved thousands of lives by not choosing to be a doctor!”

Great worker of the Lord. I have published in Spanish just one of many lecturas called “The Binding of Satan” (1978 Annual Lectures in Brown Trail Church of Christ, Forth Worth, TX.

Hardeman was one who made a difference. The world is a better place because of him. He was a true friend I could always count on.

Hardeman was a great neighbor his home and yard were always neat and spotless. He was a very hard worker and always kept happily busy with his beloved church family. He was always very welcoming with that huge beautiful Texas smile. May God continue to bless his work and family as you continue to remember him with love. He will be missed in our neighborhood!