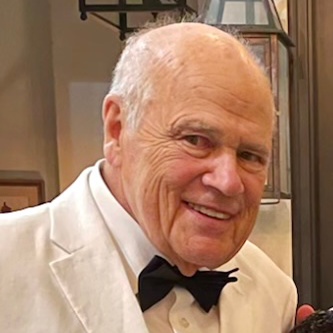 James “Jim” Klein passed away on October 26, 2022, at home in Dallas,Texas surrounded by his loving family.

Jim attended Holy Cross High School in Flushing, New York in 1962. He was the Class President and Co-Captain of the Football Team. “Meet us on M street” was always the plan with his buddies. Jim graduated Kings Point in 1966 and served with the United States Merchant Marines from 1964 to 1970. He received his Masters in Business at the University of San Francisco and then founded his company, FST Technology, in the Bay Area.

Jim loved life and lived it to the fullest. He loved his wife, his family, golf, sailing, and flying as a private pilot. He brought happiness and excitement into every door he walked through, always ready to tell a good story. Jim will be greatly missed by all his family, friends and everyone who had a conversation with him.

No Thoughts on James “Jim” Klein