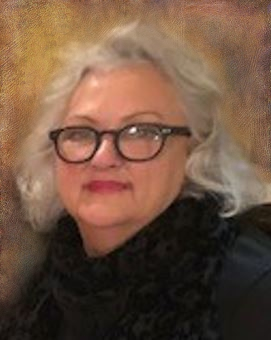 After a valiant & fearless battle against cancer, JoAnn passed away peacefully on September 25 surrounded by the love of her family as she entered eternal life.

Born September 9, 1951 in Buffalo, New York and raised in Berea, Ohio, JoAnn moved to Vicksburg, Mississippi at 16 where she met her future husband Lee in lunch line on the first day of high school. She graduated from Mississippi State College for Women in 1973 and shortly after moved to Dallas with Lee where she was employed by the DISD as a third-grade teacher.

JoAnn dedicated her time and service to the Dallas community and was an engaged and passionate member of the Dallas Woman’s Club, Marianne Scruggs Garden Club and the Mary K. Craig Class. She also served as the President of the Dallas Heart Association, Head of the Altar Guild and Vestry member at Trinity Episcopal Church and was honored the Tau and Crown Award from the Episcopal Church of the Transfiguration.

JoAnn’s family was the center of her affection and she adored and cherished the friends she made through the years. She will be remembered as the consummate entertainer, the life of the party, by her infectious laugh and never once met a stranger.

JoAnn was preceded in death by her father Joseph and her mother June. She is survived by her loving husband of 48 years Lee Douglas, daughter Lauren Asher Smith and son-in-law Neal Smith of Houston, Texas, her beloved grandchildren Quinn Elizabeth and Asher Kirkland Smith, her sister Cheryl Leslie and family (Bruce, Sean, Kirsten & Adam) and her faithful pugs, Katie and Gracie.

The family wishes to thank Dr. Robert Mennel and his team at Texas Oncology, Digna Hernandez and the Visiting Nurses Association for their care and compassion.

A memorial service will be held at the Episcopal Church of the Transfiguration on Wednesday, October 5 at 1:00 p.m. followed by a reception at the church.

One Thought on JoAnn Asher

Jimmy and Sandy Grayson
8:29am

Our hearts and prayers are with you. JoAnn was a beautiful person inside and out. A light in this world has gone out but now shines bright in heaven. May God bless you and bring you comfort and peace.