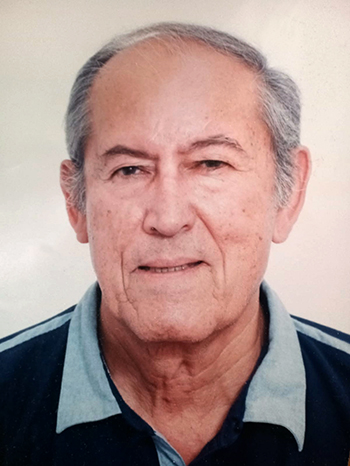 Juan Bejar Gamez passed away peacefully, to be with the Lord, on May 29, 2022 in hos Mesquite Texas home surrounded by his loving family. He was 89 years old. Born November 16, 1932, in Mexico City Mexico to Juan Bejar and Enedina Gamez. He was the first of five children: Sergio, Nina, Nena and Eneyda. He also had a step sister who he loved dearly, Elma Bajar Cabrera.

Juan was fondly known by his family and friends as Big Johnny.

He was preceded in death by his parents and grandparents Aurelio and Felipa Gamez, his uncle Dr. Oscar Gamez and his brother Francisco Bejar.

He graduated and earned his degree in Civil Engineering from the Universidad Autonoma de Nuevo Leon (UANL) in Monterrey.

Big Johnny was a major athlete and played football for the Tigeres of the University and exceled in swimming and soccer. He became coach of the School of Business Administration, winning the football championship in 1955.

Big Johnny was the most wonderful husband, father and friend in the world and will live forever in our hearts.

Memorial mass will be held:

One Thought on Juan Bejar

Tomorrow will start without you, but we are not apart for every time I think of you, I know God is holding you in his loving arms while I hold you in my heart. You left us with beautiful memories filled with love and laughter. Your life will be a great example to follow with all the kindness you spread. Your memory is dearer than gold of a husband who shared his life with me with no boundaries of your love and goodness. Thank you for sharing your life with me. There is a great void in my heart but as we often commented live your daily lives well so you can bank good memories. I feel that you fulfilled that very well because I feel immensely rich with the life, we shared together Rest in peace my darling Muneco. Minnieetta