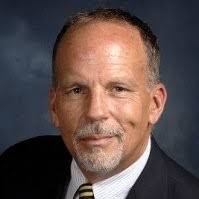 John Rowland Lanier faithfully finished his race here on earth on the morning of Sunday, November 7, 2021 alongside those he loved in the comfort of his home in Plano, Texas.
Friends, family and loved ones are invited to attend a Celebration of Life Service for John on Friday, November 19th at Serenity Church (meets inside the First United Methodist Church of The Colony) located at 4901 Paige Rd. The Colony, TX 75056. All are invited to come early to a reception beginning at 6:00pm and the Celebration of Life Service will begin at 7:00pm.*
John was born on January 16, 1954 to Rex and Martha Lanier of Fort Worth where he was born and raised. He attended school in Fort Worth and grew up working alongside his father at one of the many family-owned restaurants. John was a member of the Youth Orchestra of Greater Fort Worth and had the pleasure of touring Europe on multiple occasions where he chaired the brass ensemble playing the trumpet for some of the world’s most renowned conductors and musical critics. He graduated in 1972 from the military school, San Marcos Baptist University, where he ranked within the top twelve students of his graduating class, served as Student Council President and Captain of the Brass Company.
After high school, John went on to study Finance at the University of Texas at Arlington, received his Texas Real Estate license, and continued practicing as a licensed Broker. John began his career in the 1980’s as a Realtor and Mortgage Banker in the DFW area and founded multiple successful real estate corporations. A decorated Real Estate practitioner with awards and accolades from the many who respected him in the Dallas community, John Lanier was a true entrepreneur. Over the next 30 years, John oversaw the development of dozens of medical facilities and senior care centers across the US and Central America. John remained passionate and actively involved in his work as Owner and CEO of Bridgeview Realty Capital until his passing.
John loved his family deeply. In his younger years, he was blessed with two adoring daughters, Jana and Meredith, and he never wavered in pouring out his love and protection over his girls. In 1990, he married his soul mate and the love of his life, his beautiful ballerina, Lauri. Their love later welcomed two incredible sons, Glenn and Lance, who were John’s pride and joy. He loved spending time with his children, encouraging and teaching them about the love of Christ. As the family grew, with the addition of his daughter-in-law, two sons-in-law and 6 grandchildren, he continued to lead and help them establish families rooted in love, service, and commitment. John left a legacy of faith for his family that will last for generations to come.
John was first baptized as a child at University Christian Church in Fort Worth. He later rededicated his life alongside his son Glenn at Willow Bend Church after which his passion for serving and ministry ignited. For over 20 years, John helped facilitate many church community groups and bible studies, mentoring many at Willow Bend Church, Irving Bible Church, and lastly Serenity Church.
John’s compassion manifested in many ways, but he was most passionate about serving the less fortunate and those seeking recovery from addiction. John graduated from Santa University in 1980 and spent 25 years volunteering as “Santa” for terminally ill children at Children’s Medical Center of Dallas. His outreach extended to South Dallas ministries where he served those in need within some of the most impoverished areas of DFW. He mentored and sponsored countless people through
various twelve step recovery ministries in the area and this year he celebrated his 34th sobriety birthday, one of his most proud achievements.
After his diagnosis with COPD, John fought tirelessly to maintain his passion and service to others both vocationally and personally up until the very end. Let this be a testament to how fiercely he loved his family, ministries, friends and colleagues.
John is survived by his wife of 31 years, Lauri Lanier; daughter Jana Hall and her husband, Clint; daughter Meredith Murray and her husband, Ryan; son Glenn Lanier and his wife, Maci; son Lance Lanier, and six beautiful grandchildren: Lauren, Tatum, Reese, Carter, Corbin and Cannon. John’s three siblings Larry, Ann and Don all reside in the DFW area and are preceded in death by their parents, Rex and Martha Lanier.
*For those who wish to send flowers, deliveries should be made to the church after 3:00pm

John, your legacy will live on in so many of us whom your poured into through the years. I know I was a beneficiary of your ministry, as were countless others. Yours was a life well played, my friend. I’ve no doubt God is welcoming you, saying, “Well done my good and faithful servant.” Rest in peace. You are already being sorely missed.

I love you john. Ill see you in heaven