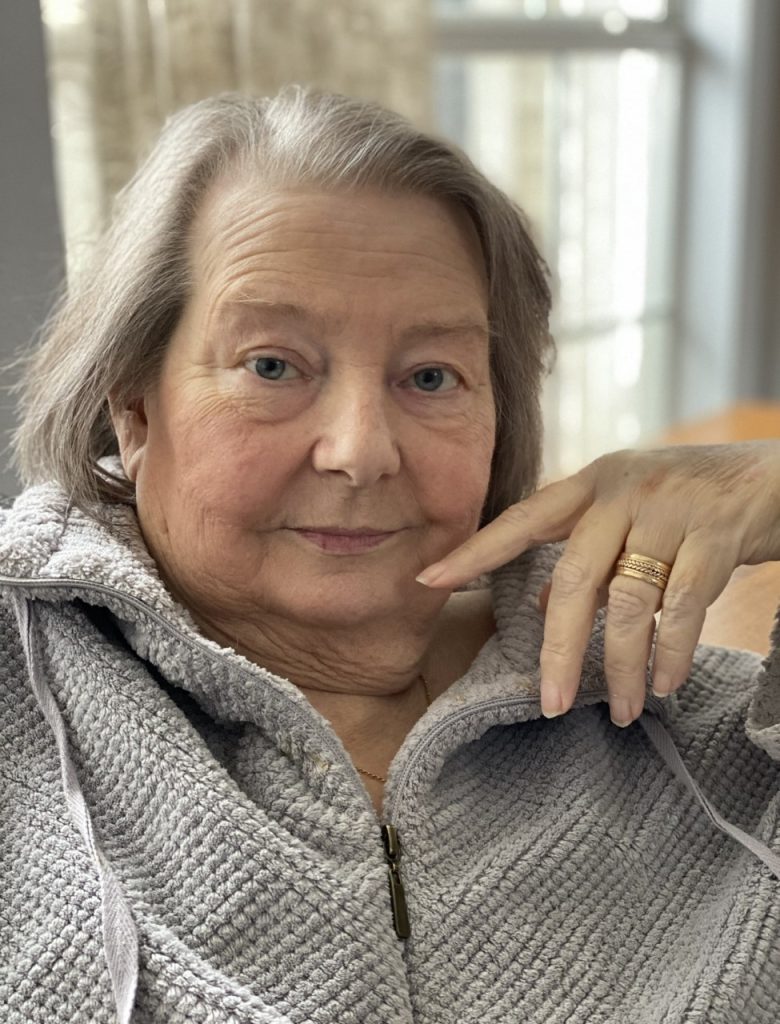 Lynette Lea Frank died in her home on Wednesday, April 13, 2022, after a 4-year battle with non-alcoholic cirrhosis of the liver and myelodysplastic syndrome. She was 71.

Lynette was born on August 26, 1950, in Adrian, MI to Robert and Norma Hawley, on her father’s 35th birthday. In 1968 she graduated from Adrian High School before moving to Ypsilanti to attend Eastern Michigan University. There she reconnected with John Frank. They later married on June 16, 1973, before moving to Milwaukie. Following various moves they landed in Fremont, CA in 1981.

Lynette was the mother to Jessica (born in 1983) and Michael (born in 1986). She worked for GMAC before dedicating her life to being a stay-at-home mother to her daughter and son with autism. In this role she was able to devote herself fully to caring for her family, her truest passion.

In 2001, Lynette and her family moved to Plano, TX where she spent the remainder of her days. She loved to travel, chat, laugh and snack, but Lynette was happiest surrounded by her family and her dogs.

Lynette is proceeded in death by her father Robert, mother Norma and brother Tom. She is survived by her husband John, daughter Jessica, son Michael, brother Garry, niece Heidi and nephews Scott and Lance.

In accordance with Lynette’s wishes, no services will be held. Anyone desiring to do so may make a memorial contribution to the Mimi’s Food Pantry of Plano, TX or Friendship Circle of Dallas, TX.

So very sorry for your loss. Prayers for peace and comfort.

John and family,
We are so sorry for your loss and know the you wife/mother will be greatly missed. Our prayers are with the family.

Beautiful obit. I think this one has hit a lot of us particularly hard, having followed her story on Facebook and witnessing how bravely you and John and Michael have all handled it. I’m so glad she got her friggin’ cruise! She was one-of-a-kind and a delight to all who knew her.

Sincerest condolences to John, Jessica, and Michael. Lynette put up a hard fight for a couple of rough years. Her family and friends, along with her 1968 high school classmates, will miss her. Rest In Peace Lynette, no more suffering.

we are so sorry of your loss. I know she will surely be missed by so many people..y’all are in our thoughts and prayers.