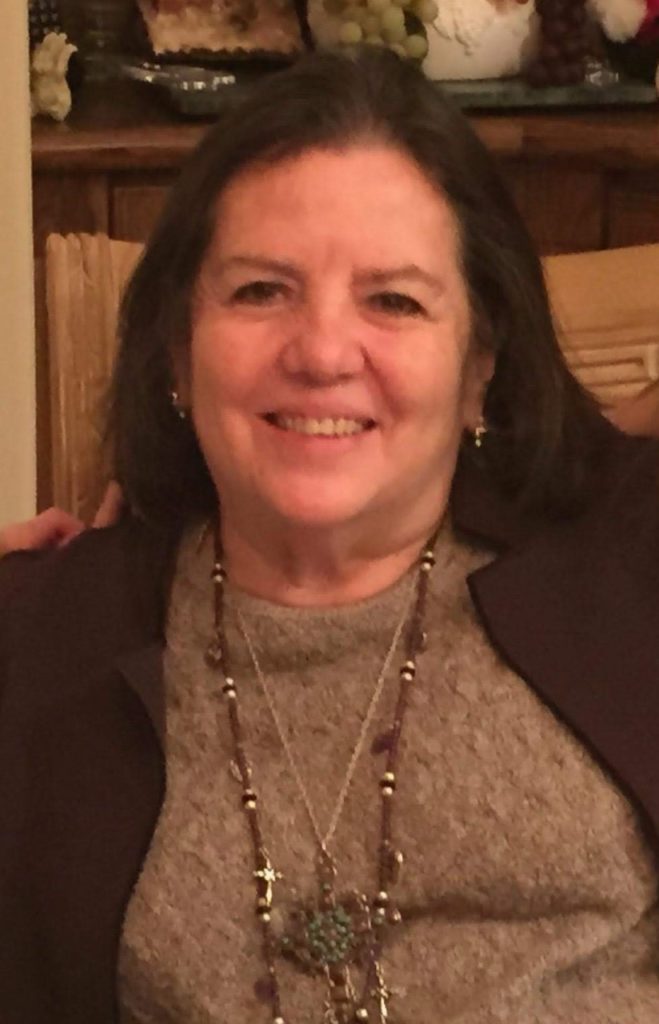 A loving daughter, wife, mother, and friend to many, Maria Virginia Salinas Graves passed away on November 17, 2022 and rose into the loving arms of our almighty God.

Virginia graduated from North Dallas High School where she made many lifelong friends. In her passion for helping others, she followed her father into a medical career. She attended St. Paul School of Nursing where she met Carol Bishop. Carol and Virginia remained inseparable, becoming the best of friends, and enjoying life’s journey together over long talks and frequent lunches. Graduating in 1960 as a Registered Nurse, Virginia began her career at St. Paul Hospital where she was recognized as a dedicated floor nurse, then promoted to charge nurse. A well-known Dallas doctor recognized her passion for people and hired her as his office nurse. She rose to the challenge, taking on double duty, working shifts at St. Paul Hospital in the evenings as needed. Virginia served all patients with love, and she became friends with several.

She met her husband-to-be, William L. Graves, Jr (Bill) after he moved from Abilene to the Dallas/Fort Worth area. William, as she called him for the rest of their lives together, serendipitously required a physical exam for medical insurance. His secretary suggested her own doctor where Bill met the love of his life, Virginia. Bill often said that what followed were the best decisions he ever made. Virginia was the oldest of seven siblings and the daughter of respectable, loving, and very traditional parents. After ultimately gaining her father’s permission, they were married on Virginia’s 30 th birthday August 16, 1969 and Bill became part of a much larger family. Soon after marriage, Virginia saved William’s life. On December 8, 1970, she quickly diagnosed him as having a heart attack in their home. With infant son “Billy” in tow, Virginia immediately transported all of them to St. Paul Hospital. William survived due to Virginia’s quick actions and by the grace of God. Virginia became pregnant with their daughter Angela just 4 months after Bill’s quadruple bypass surgery. Gillian and Anthony joined the family a few years later. Bill and Virginia enjoyed a strong, loving marriage full of unity, faith, and prayer for over fifty-three years. Virginia was a powerful spiritual force reminding all to be strong in faith, pray, forgive, and love one another.

Virginia generously gave of her time to many women’s organizations including Les Femmes du Monde, the Women’s Committee of the International Society of Dallas, and was a loyal advocate for the Dallas Symphony Orchestra.

Virginia suffered a severe brain bleed on October 6, 2017, but recovered against all odds. She lived for five wonderful years and was blessed with the opportunity to meet her two youngest grandchildren, Ella and Thomas. She suffered a second bleed on November 14, 2022, and succumbed to its overwhelming effects on November 17 th , 2022.

If desired and in lieu of flowers, contributions may be made in Virginia Graves&#39; name to the Prince of Peace Catholic Community Art Campaign at popplano.org or by mail to:

A Catholic funeral mass will be celebrated at 10:30 a.m. on Friday, December 16, 2022, in All Saints Catholic Church, 5231 Meadowcreek Dr and Arapaho Rd. Dallas, TX 75248. Online messages may be submitted via https://ariacremation.com/obituary/.