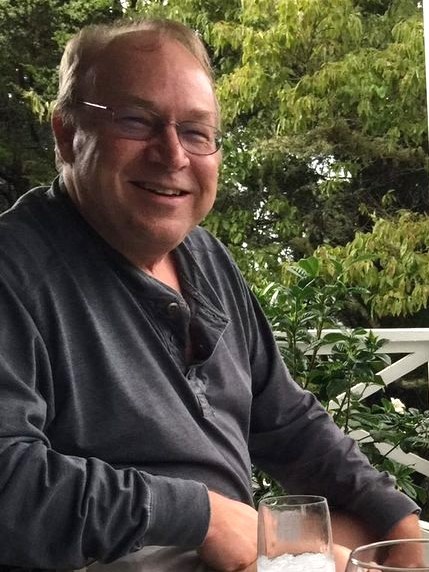 Mark spent most of his childhood in the small town of Friendswood, Texas near NASA. There, he made lifelong friends. During his youth he was heavily involved with Boy Scouts and played trumpet in the high school band. Most weekends he spent at his family’s beach house on Bolivar, where he developed his love for the ocean and learned to sail.

Following graduation from Friendswood High School, Mark attended University of Houston and worked as a gunfighter in the western show at Astroworld, and later as a brick layer and pipe fitter.

In 1984, Mark followed in his father Bill Tindall’s footsteps and joined the Navy. He served our country as a sailor on the USS Arkansas where he had opportunities to travel the world. Some of his favorite experiences were playing cat and mouse when crossing into Russian waters during the Cold War and the Tiger cruise his father joined him on from Hawaii to San Diego. Mark was very proud of his military service and enjoyed the camaraderie with his shipmates. He received an honorary discharge from the Navy in 1988.

Mark received a degree from University of North Texas in Computer Science in 1990. Following graduation, he worked as a software engineer for a several telecommunications companies – DSC, Mayan Networks, and most recently Spirent Communication where he developed software for mobile phone technologies. Mark retired in March of 2022.

Mark had a huge and generous heart. He loved to make people laugh and was always ready for fun. He was witty, smart, mischievous, and sharp whether he was talking about history, politics, technology, space or sports. He truly loved his family and friends.

Mark was a Navy sailor, an engineer, a beloved son and brother, a fun and proud uncle, and loyal friend. Mark will be missed by many.

Mark was preceded in death by his parents Bill and Jane Tindall. He is survived by siblings, Dana Tindall and sister-in-law Karen Tindall, Amy Waddill, Tiki Williams and brother-in–law Chris Williams, David Tindall Holcomb and sister-in-law Susan Holcomb, and many nieces and nephews.

My condolences to all the Tindall family!

Truly a super guy, Mark will be missed by all of us!

A great and honest tribute to a great brother. We will miss him.
David and Susan

There’s simply not enough words to properly
describe what a fantastic guy Mark was.

Sadly, Mark was our only cousin who I had any regular kind of contact with, and I give him all the credit for making that happen. That’s the kind of guy he was, warm, bright, always up for something fun, well-liked, a great conversationalist. I feel blessed to have spent some quality time with him over the many years. My love and condolences to my Tindall cousins and Mark’s many friends.

Such a beautiful heartfelt tribute.
Mark’s smile and light shines on forever in my heart.