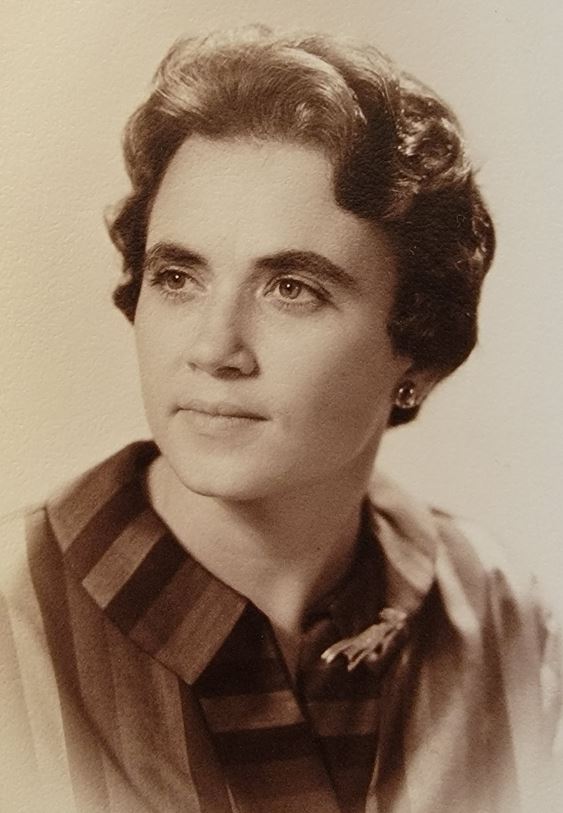 Martha Mariam Boyd Watson, born on December 30, 1925 to Earl and Maude Allison Boyd in Willcox, Arizona, died on January 19, 2022 at her home in Denton, Texas at the age of 96. She was raised with her sister, Earlene, and graduated from Tucson High School. She then attended the University of Arizona before entering and graduating from Huntington Memorial Hospital School of Nursing in Pasadena, California. While working afterward for a year as a floor supervisor nurse at that hospital, she became known for never having a patient on her floor die during her shift. She continued her education to receive a B.S. Degree in Nursing Education from Teacher’s College, Columbia University in New York.

She married Jack Watson in 1949 and the first of their four children was born in 1950. She spent the rest of her life devoted to her family as a homemaker and loving daughter, sister, wife, mother, grandmother, and aunt. Martha was a lifelong active member of the United Methodist Church, attending First UMC in Denton, Texas, where she served in many capacities and was a member of the Women’s Discussion Sunday School Class for many years. She also served in various ways at the district, conference, and national levels. United Methodist Women was a very important part of her life; she held different offices, taught courses, and attended all but one of the UMW Assemblies since 1970.

She was a member of the Denton Women’s Interracial Fellowship from its beginning in 1964 and a member of the Denton Association of Christian Women. She also volunteered in her children’s schools and the community. She was always an advocate for women’s rights. She was interested in the natural world, supported environmental organizations, enjoyed walking and camping and spending time at her mountain cabin in northern New Mexico. She liked to travel, especially to Alaska, and had a particular love for the American Southwest and the paintings of Georgia O’Keeffe. She loved to read.

A service to celebrate Martha’s life will be held on Saturday, April 2, at 11:00 AM at First United Methodist Church in Denton Texas. Memorial donations may be made to United Methodist Women at FUMC, Denton, or at www.unitedmethodistwomen .org, or to a wildlife organization of your choice.
Funeral arrangements have been entrusted to Aria Cremation Service & Funeral Home.

A service to celebrate Martha Boyd Watson’s life will be held on Saturday, April 2, at 11:00 AM at First United Methodist Church in Denton, Texas.

You and your family have our deepest condolences. Praying that God will comfort you, and strengthen you. Such a beautiful life she lived in service to others.

Martha was a lady with great character. She was committed to her family and to her faith like few people I have known across the years. She was devoted to doing those things that make the world a better place for us all. I considered her a dear friend.
Tom Christian

Sincere sympathy to the Family. No it will see you

My dear Aunt Martha always showed her love…She sent cards on even the smallest of holidays, Valentine’s Day, halloween! Just to let us know she was thinking of us. I am blessed to have been her niece. Her faith, and her womanhood were a true inspiration to me… Lovingly, Janet

My beautiful Aunt Martha, Always the positive spirit and inspiration in my life, Your flame is live and well and your positive energy and love is flowing in all of your family. We will cherish you forever… All my love, Nephew Brian