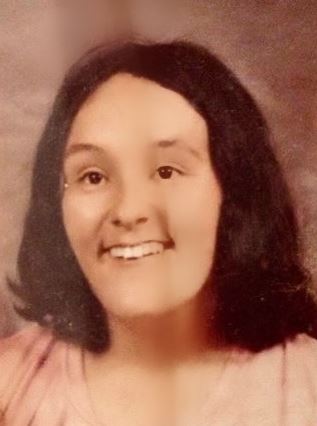 Born 2/22/60 in Fort Worth Texas, and later residing in Dallas and Mesquite, TX. Mary was a graduate of Skyline High School in Dallas, TX.  She was a devoted wife to Marshall Miller for 32 years and loving mother, raising four children and two step children and an amazing grandmother to 6 grandchildren. Upon becoming an empty nester, she joined the retail industry, working at Goodwill Industries for 13 years until her retirement in 2019.  Mary was raised and remained a Catholic in her faith until the time of her passing and became a strong advocate for breast cancer awareness after her sister and she herself became breast cancer fighters.  Growing up, she enjoyed working on cars with her father, was a big Dallas Cowboys fan and her favorite music artist of all time was Elvis Presley. She was a kind and gentle soul, who would open her heart and her door to anyone who was in need.  She showed an amazing amount of grace and will through her illness and was the pillar of strength and to many through out her life. To know Mary was to know you were accepted and loved unconditionally as she never met a person that she didn’t see the goodness in.  She will be missed beyond measure by many.

Following the service everyone is invited to a reception at the family’s home: 2400 Royal Oaks Drive, Plano, TX 75074

Our condolences and prayers to family and friends. I know Mary, as a wife, mother, grandmother will truly be missed.

Markie and Toni George
3:44am

I am so sorry to hear of Mary’s passing. She was loved by many. May God welcome her into heaven and bless and comfort her loved ones. Cousin Markie

I was saddened to hear of Mary’s passing. Marshall has been a special person to me during our 19 years of working together. Mary always had a big smile whenever I saw her.

I know this is devastating for the family. My prayers for peace and strength during this difficult time.

I’m so sorry that she has left us but I know she is in a better place without any suffering. I pray the good lord will comfort and help family, friends and loved ones get through this great loss.

A sad loss for a precious family. Our thoughts and prayers for Marshall and his loved ones.

My heart is saddened by the loss of this special lady.
My thoughts and prayers are with you Marshall and your sweet family.. Heaven is made more beautiful by her sweet presence…

GROWNING UP I KNEW THIS LADY BY MY MAMA MARY . SHE LOVED ME AS HER OWN . ALTHOUGH SHE WAS ONLY MY AUNT SHE NOT ONCE TREATED ME ANY LESS THAN IF I WERE HER OWN . WHEN I HAD NOWHERE AND NO ONE TO TURN TO MY AUNT MARY WAS THERE . SHE TOOK ME IN MANY TIMES IN SPITE OF MY SITUATION. SHE LET ME GO HOME TO HER ALWAYS BUT THE TWO MOST IMPORTANT TIMES WERE WHEN I GOT CLEAN OFF HEROIN WHEN I WAS 18 . SHE DIDN’T HESITATE AT ALL AND SHE STOOD BY MY SIDE HELD MY HAND LET ME CRY ON HER SHOULDER GOT ON MY ASS IF I WAS ACTING OUT OR BEING WEAK SHE HELPED ME KICK THE NEEDLE N STILL TODAY I HAVEN’T WENT BACK 21 YEARS AGO SHE SAVED MY LIFE . I STILL STRUGGLE WITH MY ADDICTION JUST NOT THROUGH A NEEDLE THANKS TO MY AUNT MARY . THE SECOND MOST IMPORTANT TIME OF MY LIFE WAS WHEN I HAD MY TEN YR OLD MARIANA . I WENT TO NEXUS COMPLETED THE PROGRAM AND ON EASTER SUNDAY 2011 HER N MY UNCLE CORKEY PICKED ME N MY LIL GIRL UP N TOOK US HOME WITH THEM . THEN I ONCE AGAIN BROKE THEIR HEARTS AND RIPPED MY DAUGHTER OUT OF THEIR HEARTS N HOME JUST TO LOSE HER MYSELF . I WILL NEVER FORGIVE MYSELF FOR HURTING MY AUNT MARY LIKE I DID BUT I PRAY TO GOD THAT SHE HAS FORGIVEN ME FOR ALL THE PAIN AND LETDOWNS . SHE WAS THE MOST AMAZING WOMAN I KNOW AND I WILL FOREVER CARRY HER MEMORY IN MY HEART . I LOVE YOU MAMA MARY REST IN PEACE …