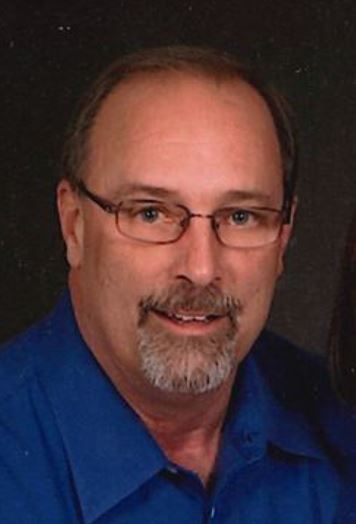 Michael Joseph Allwein, passed away peacefully at age 67 in Frisco, Texas on December 21, 2022.

While living in Nebraska, Mike worked as a journey man iron worker and an electronics technician repairing pinball machines and arcade games.

Mike married the love of his life, Vicki Inell Wetzler in Omaha, Nebraska, on October 6, 1979.  Mike and Vicki lived in Omaha until they moved to Plano, Texas in 1985 when the company he worked for relocated.

When Mike wasn’t working in a golf related business, he was an electrician’s apprentice for Tab Electric and Petri Electric.  He was affectionately called “Sparky” by his co-workers.

Mike was a loyal friend and was loved by all who knew him, worked with him or worked for him.  As a manager, he was a teacher who taught his staff how to do things the right way the first time even if it meant it took a little longer to complete the task.  Most of all Mike treated everyone with respect no matter their position in life and he did whatever he could to help give his employees a better life.  To this day he receives text messages from former employees thanking him for teaching them the skills to better themselves and for his generosity.

Mike entered into a personal relationship with his Lord and Saviour Jesus Christ while a student at the University of Nebraska-Lincoln.  He was a member of Lebanon Baptist Church in Frisco, TX.

Survivors include his wife of 43 years, Vicki Allwein; his mother Joan Allwein of Plano, Texas; his brothers Greg Allwein of Bellevue, Nebraska and James Allwein of Logan, Utah; and his sister Leslie Williams of Plano, Texas.  Mike was preceded in death by his father, Herbert Allwein.

A memorial service will be held at 10:00 a.m. January 13, 2023 at Lebanon Baptist Church, 9404 Lebanon Road, Frisco, Texas followed by a private family graveside service at Ridgeview West Memorial Park in Frisco, TX.  In lieu of flowers, donations may be sent to Lebanon Baptist Church or the charity of your choice.

Mike was such a kind and outgoing man. I am grateful to God for having known him and grateful to Christ for saving him.
“When the perishable puts on the imperishable, and the mortal puts on immortality, then shall come to pass the saying that is written: “Death is swallowed up in victory.” “O death, where is your victory? O death, where is your sting?” The sting of death is sin, and the power of sin is the law.” (1 Corinthians 15:54–56, ESV)