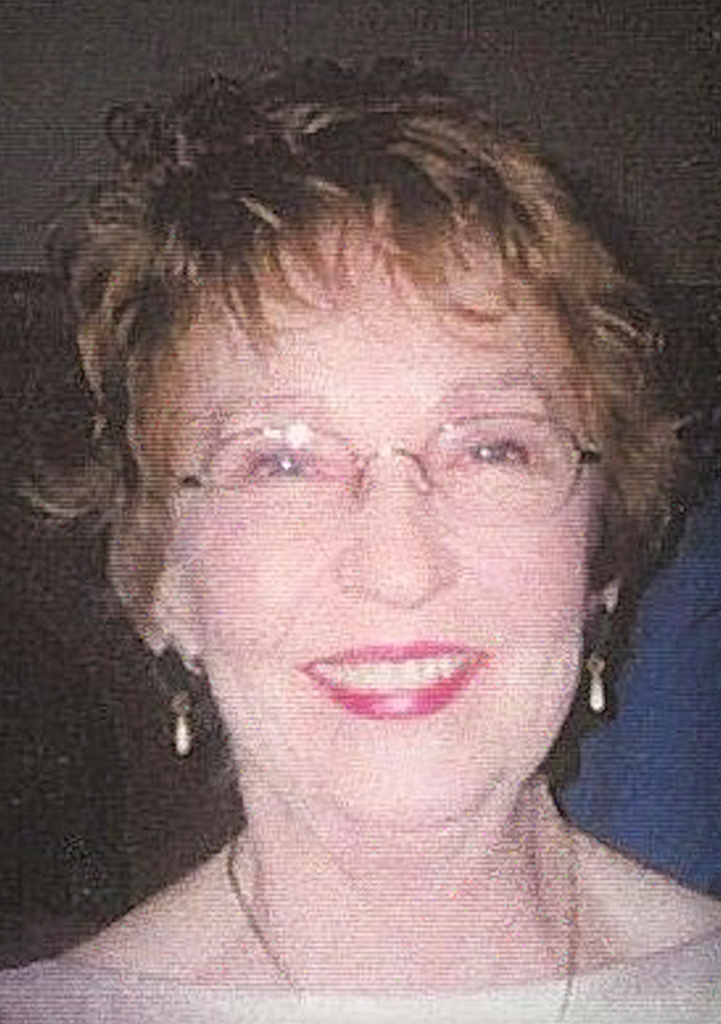 Marion Elizabeth Hines Molden, 94, a long-time resident of Sioux City, Iowa, died on January 27, 2021, in Dallas, Texas.  She was born on May 29, 1926, on the family farm near Coleridge, Nebraska, to William George and Mary Nicholson Hines, one of seven children.  She excelled in her studies at the one room schoolhouse, graduating early alongside her beloved sister, Wilma (Paulsen), who was only 18 months older.  She would have gone to nursing school with Wilma, but was too young to be admitted; so, she attended business school in Sioux City, working just after the war at Wright Patterson Airbase in Dayton, Ohio, and subsequently at A.Y. MacDonald in Sioux City.

She met her future husband, Donald Frank Molden, on a blind date set up by close friends.  Marion and Don were married on September 4, 1949, and began their family of three children.  Marion was a natural when it came to children.  The kind and accepting way she interacted with her own children and other young ones around her- nieces, nephews, neighbors, and school kids- created connections that lasted all through her life.

Marion was an active member of Morningside Presbyterian Church, now Faith United Presbyterian Church.  She participated in Rebecca Circle for many years and served as president of the church’s United Presbyterian Women chapter.  After attending the 1964 UPW National Meeting at Purdue University, it became apparent to her family how she would have thrived in an academic environment.  Marion displayed an artist’s sensibility in everything she did.  She was an expert seamstress, and later, quilter.  She appreciated music and literature.  Her flower garden was renowned in the neighborhood and she also displayed her creative flair in food, fashion, and her home.

When her children were grown, Marion worked at several area businesses and retired as an aide at Sunnyside Elementary School.  She joined the Siouxland Quilters Guild and organized one of the first quilt shows in the area. During retirement, the Moldens enjoyed traveling and visiting family and friends.  They were blessed with a happy marriage for 55 years until Don’s death in 2004.

In 2009, Marion moved to Dallas, Texas, where for nearly 12 years she was watched over lovingly by her daughter, Lisa. Throughout her journey with Alzheimer’s, Marion’s sweet nature survived and she never failed to make connections with those around her however she could. It was in Lisa’s home, under one of her quilts, that she peacefully took her last breath.  Survivors include daughter, Amy and her husband, Stephen G. Komlos; son, Rick and his wife, Renee Molden; and daughter, Lisa and her husband, Timothy Gibson.  She is also survived by beloved sisters-in-law Naomi Pettit of Sioux City, and Alberta Hines of Coleridge. Marion has four grandchildren, Brett Molden (Morgan), Leah Mertz (Mike), Benjamin Halliburton, and Julia Mason (Joel) and great-grandchildren Tabitha, Finley, and Cecilia Molden; Jacob, Cody, Riley, and Kennedy Mertz; and Gray Mason.  They and countless others whose lives she touched will remember and miss her always.

A memorial gathering in Sioux City will be held at later date. If desired, please honor Marion’s memory with a donation to Faith United Presbyterian Church or a charity of your choice.