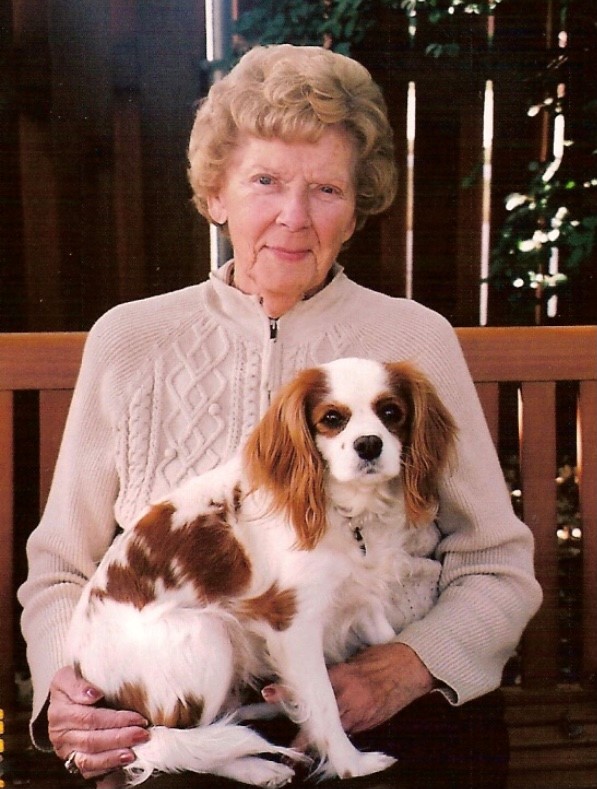 Nancy was born in Sandusky, Ohio on May 5, 1926, to Cecil and Thelma Laird. She was the middle child of their three children. She loved working at her father’s well-respected car dealership, Laird Motor Sales, selling Cadillacs and Oldsmobiles. Nancy’s father made a deal with her that if she didn’t drink or smoke until she was 21, she could pick her own car off the lot. She drove that new car proudly! Nancy attended the University of Michigan her first two years of college and transferred her final two years to the University of North Carolina, Chapel Hill, where she loved the warmer weather. She was a member of Pi Beta Phi sorority. One of Nancy’s proudest accomplishments was being inducted into Valkyries at North Carolina, which was the only campus honorary society that recognized extraordinary contributions of university women.

Upon graduation, Nancy moved to Raleigh, NC for a job in social work, serving families in rural North Carolina. She later relocated to Atlanta for a job with the DuPont Corporation. It was in Atlanta that she met her future husband, James ‘Walker’ Bankston, while on a double date at Ansley Country Club. As the story goes, the couples swapped dates before the end of the night. Nancy and Walker were married in Atlanta 1954 where he was based with Eastern Airlines. Their daughter Jacque was born in 1956 and son Jim was born in 1959. Being a homemaker and mother was Nancy’s life calling now.

Nancy loved playing golf having been raised in a golfing family. Nancy worked annually for years at the Atlanta Golf Classic in the Pro Am, walking alongside some of the greatest
legendary golfers of all time. After Jacque and Jim left home to attend college at Auburn, Nancy and Walker moved to Big Canoe, Georgia. Together they developed 160 acres in nearby Ellijay, Georgia nestled at the foot of the Blue Ridge Mountain Trail. Walker retired and became a gentleman farmer raising black angus cattle while Nancy enjoyed the Ellijay Garden Club for many years. The couple had a massive vegetable garden producing huge quantities of vegetables. Nancy was an avid flower gardener, too, and grew hillsides of flowers and hosta lilies on the farm. Their friends would always go home with seedlings and plants wrapped in damp newspapers and of course, bags of the vegetables.

After Walker’s unexpected passing at Christmas in 2000 at Jacque’s home in Dallas, Nancy knew that managing the little piece of heaven in the mountains would be too much for her. She started living in Texas during winters and returned to Georgia for the cool summers in the mountains. In 2006, Nancy realized she had more friends in Texas, along with a great church and the Plano Garden Club she enjoyed so much, and made the final move to Plano, Texas. Nancy moved to assisted living for the last 9 years. As she fought Alzheimer’s for 12 years she still thrived socially and had many good friends there. Everyone who visited her room was offered a small potted plant from the stock of mother plants she diligently kept rooting and potting.

With Nancy’s passing, she has been cured of the horrible disease and is rejoicing in the vibrant colors in Heaven, walking and talking again and reunited with Walker and other loved ones who passed before her.

Memorials can be made to the Alzheimer’s Association or the charity closest to your heart.

Observing the love shown to her was so gratifying. A mothers love is everything and her daughter Jacque was an amazing inspiration and rock for her

Such a sweet lady always with a smile! She will be missed but well remembered…

A loving and kind person with such a sweet smile. A generous person to all. Will have a special place in our hearts and thoughts. Her daughter Jacque and family dealy took special care of her.

Nancy will be missed, she was a very active and energetic person with a pleasant smile. Who is indeed blessed with a caring family. Jacque devoted her time and attention to make sure her mom had the best and she sure did. God bless you all in this time and May he give you Peace.

Brian and I had the pleasure of meeting Nancy a couple times. I remember her as a lovely, kind person and we know for a fact she was a wonderful mother. She should have written a book! Knowing Jacque has confirmed this statement. Love how you were so devoted and took such great care of your mom. Your mom is so lucky to have you as a daughter, and I’m sure your mom would say the same. May her soul rest in peace. Prayers for you and your family during this difficult time of loss. Love to you, Brian and Faye Darah

Nancy was one of the sweetest ladies I have ever known. I loved her bright eyes and her beautiful smile. She will be missed.

Nancy was such a help to me when I did the Plano Garden Newsletter. She would fold and label about 60 letters each month. She always had a smile and kind words. It was a pleasure to know her.

I had the pleasure of working with this sweet lady in Plano Garden club; I felt that we were kindred spirits that met In our later years and still had something to contribute to our community sharing plants from our gardens.