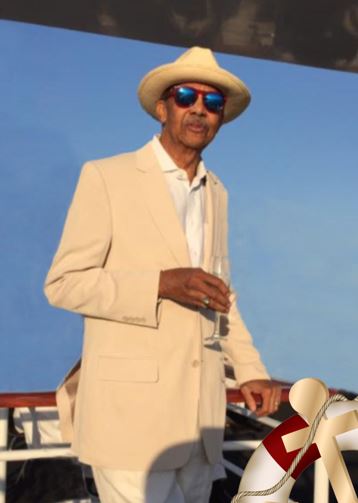 Nathan Wright, Jr. was born in Dallas to Nathan Wright and Lillian Edith Slaton Wright on August 19, 1947.  He was a big brother to two sisters and the family left Texas for Los Angeles, California, when Nathan was five.

His parents preceded him in death, dying within four years of each other when Nathan was around 13.  His mom’s sister and her husband (Cora Slaton Eli and Homer Eli in Dallas) took Nathan and his siblings in and raised them along with their four children. When Nathan and Bev started dating in high school, he met Bev’s junior high school music teacher, Ms. Bennie Lucille Williams. She became and remained a mother figure to Nathan and treated him like a son. She now resides in Denver, Colorado.

After graduating from South Oak Cliff High School in 1966, Nathan attended El Centro College and was drafted to serve in Vietnam, where he was an Army Ranger and later a Drill Sergeant.

Nathan married Beverley “Bev” Alridge on March 5, 1968, two days before he left to serve in the Vietnam War.  When he returned from Vietnam, he and Beverley lived in  Tacoma, Washington, where he completed his military service before returning to Dallas, Texas.  They started their family and have two adult children.

Nathan’s career led him to become a draftsman for civil engineering firms. Cook and Huitt (Huitt-Zollars) was where he started his career that he loved.  One of his most memorable drafting projects was working on the Dallas Fort Worth Airport.  Nathan thoroughly enjoyed retirement for many years and playing his favorite hobby, golf.

He was an artist, too.  He created both pencil drawings and watercolors.  Early in his career as an artist, one of his pencil drawings won first place in the Cottonwood Art Festival, which is still an annual event.  Some of his work was displayed in Roscoe’s House of Chicken and Waffles in Los Angeles, and several pieces were sold to Nancy Wilson, Bill Cosby, some local celebrities and many clients across Texas.  A few of them still stayed in touch to share how much joy the pieces they purchased still give them.  Nathan was presented with a lifetime honorary membership by the Dallas Jazz Society when he donated one of his drawings to be used by the organization for their official poster. He was also recognized by the Southwest Watercolor Society. Nathan was generous with the donation of his artwork to fundraise for worthy causes. Two of them that recognized his contributions were The Women’s Guild for the Dallas Society for Crippled Children and The Women’s Guild of the United Cerebral Palsy Association.

We miss Nathan every day, and he will forever live on in our hearts and minds.

In lieu of flowers, the family requests that you consider a donation to one of two nonprofits in memory of

Beverley and family,
Nathan’s obituary is a wonderful summary of the beautiful life he led. Such a generous and hardworking man who loved to help people.

I am sorry for your loss. The world lost a good one when Nathan passed.

We sincerely morn the lost of Nathan and he will be truly missed. Linda and i send our condolences to the family. We have a beautiful drawing titled A Little Security, he blessed Linda and I with back in 1989 on our Wedding Day. It still today grace our wall in our home . Blessing be with the family . May he rest in his sleep.

We are already and will continue to miss our dear friend. His sharp dressing, dry humor, and warm personality added so much to our time with you and Nathan. You will remain in our thoughts and prayers.
God bless you and yours,
Curt and Marsha

What a wonderful obituary. What a wonderful and full life. I think of Nathan every day because I wake up seeing two of his drawings every day. Thank you, Nathan. My best to the family which I love dearly.

There are no words one can say to the Family befitting Nathan-as he always had a smile to greet and welcome you!

My sister, their cousin, was a “care giver” for their children and Carol was a “mama bear”. She called me to make sure we all knew…
Smile on Nate…