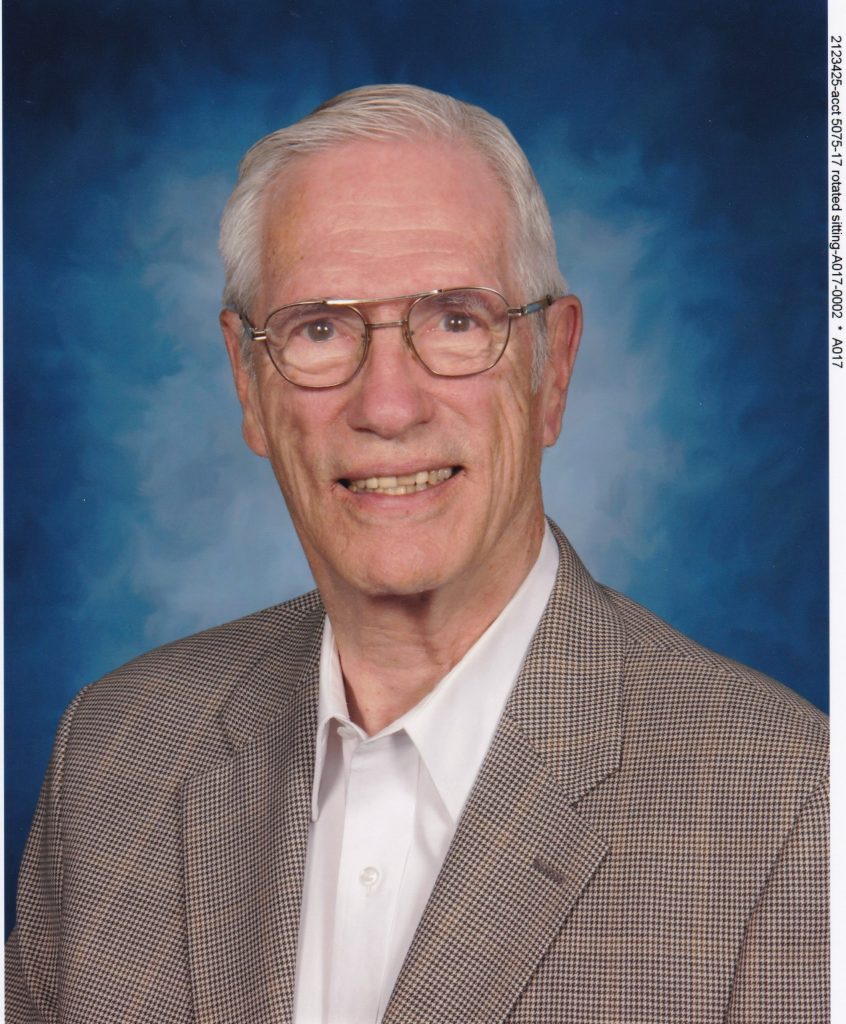 His parents settled in Port Clinton, Ohio where Ozzie and Bill were born on June 26, 1936.  Ozzie grew up, went to school, and got his 1st job at the local grocery store in Port Clinton.  He delivered groceries in the rain, sun, snow and even walked over the ice on Lake Erie.

Ozzie graduated with honors from Michigan State University in 1961 with a bachelor’s degree in Electrical Engineering.  In the beginning of his career, he worked for JPL where he was part of the Ranger and Mariner Projects that developed spacecraft designed for moon and planetary exploration.  He was very proud his name is on the moon.   Later he accepted a job with Texas Instruments and moved to Farmers Branch, Texas where he met the love of his life, Ellen, and her 3 sons.  They were married and became a family on December 28, 1968.  In 1971 they added their daughter to complete the beautiful package.  He stayed with TI for 36 years then later retired in 1996.

Ozzie loved the outdoors, camping, fishing, sailing, biking, taking care of his granddaughter Sarah after school and walking his dog with friends and family.  The weather in Texas was just what he was looking for, he never wanted to deal with another Lake Erie winter again.

I will miss you dear friend.
Our dog walks every night on the golf course became a ritual I shall miss.
Having been good friends with you and your family for over 50 years has lots of wonderful memories.
Rest in peace old friend!

Gail,
Thank you for your love, you will always be in our hearts and part of our family.

I too miss Ozzie so much. We were friends working together long ago at TI, and I so enjoyed Ozzie joining me for visits at the FOFM (Frontier of Flight Museum) at Love Field. I look forward to seeing him again someday when my time comes.