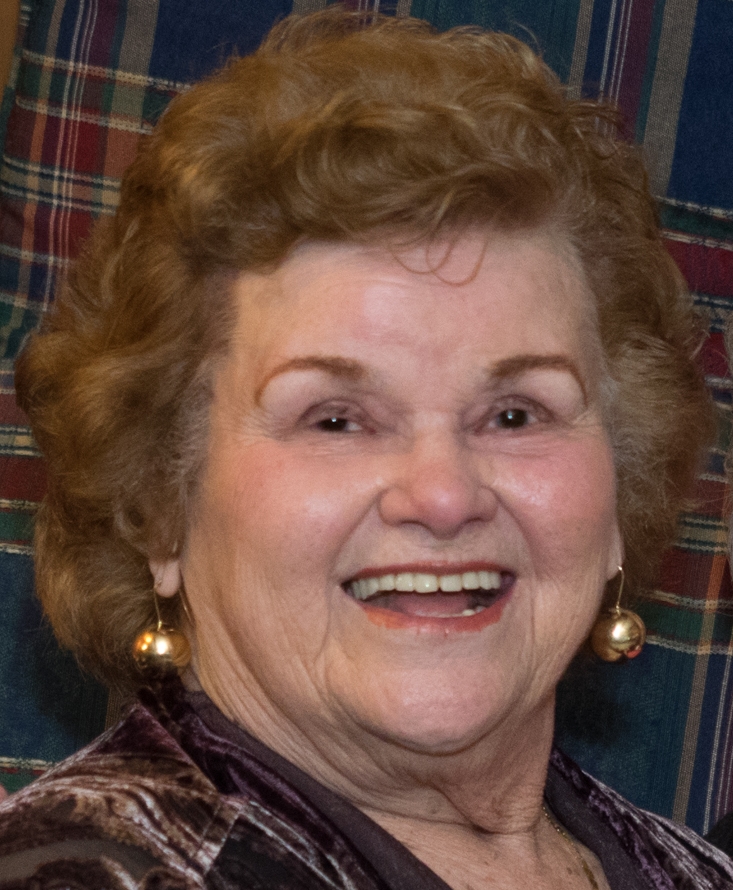 Patricia Weiss “Pat” Barron lived 97 years and often said “I loved every one of them!”

Her enthusiasm for life and her vow “to never miss a party” made her a friend to everyone who knew her.

Her life spanned the Great Depression, World War II, the Polio epidemic, the space age, and the COVID19 pandemic.

As a young girl, she swam in the Lowell Park pool in Dixon, IL where a teenaged Ronald Reagan was lifeguard and taught her how to dive. Pat’s father taught Reagan at Dixon High School. The Reagan connection often was a topic of conversation at cocktail parties.

Pat established the Physical Therapy department at Golden Acres, a non-profit home for the Jewish Aged in Dallas. For more than 30 years she worked with Dr. Herb Shore, Golden Acres administrator, expanding the department to meet the needs of the growing number of residents. Herb and Pat shared a perspective on aging, choosing to look past a person’s age and disabilities to see each individual’s potential and abilities.

She summarized her reason for working with geriatric patients this way: “If I could help an older adult take one more step, and have one more good day, I would.”

Pat attended high school and college in Champaign, IL. At the University of Illinois, she pledged Delta Gamma and later found many friends in the Dallas alumnae chapter. During the 2019 Founder’s Day luncheon, she received a standing ovation when she was recognized for 75 years of membership.

Memories of the Great Depression and World War II inspired her thrift and patriotism. During the war she was among thousands of women working in the defense industry, often represented by Rosie the Riveter. Instead of wielding a rivet gun, she inspected gas bags on B-29 bombers as they moved down the assembly line at Bell Aircraft Corp. in Marietta, GA. She qualified for the job, which paid 10 cents more an hour, because she had one year of college.

Pat studied Physical Therapy at the University of Iowa and joined the profession as it expanded to help veterans and polio patients. Her career began in Colorado Springs, Co. and eventually led to Baylor Hospital in Dallas, where she met and married W. S. Barron Jr.

No matter where she was, or what she did, Pat always found a friend. These friends join her family in mourning the loss of someone her niece, Gerilynn Dwyer describes as “simply irreplaceable.”

Pat was preceded in death by her parents, Hannah Lucille Ralph Weiss and John Nelson Weiss; her brother and his wife, John S “Jack” Weiss. and Alice Haungs Weiss; and brother-in-law Eugene Schaller.

A memorial service will be held Thursday, Nov. 3, at 2 pm in Northridge Presbyterian Church where she was a member for more than 60 years. The service will be available on the church’s YouTube channel https://www.youtube.com/c/NorthridgePresbyterian.

In lieu of flowers, memorial gifts may be made to Northridge Presbyterian Church, 6920 Bob-o-link Dr. Dallas 75214; or a charity of your choice.

The family is grateful for the care Pat received at Jackson’s Place and from the staff of The Legacy at Home.
Please leave the family condolences and share memories on this website.

Funeral Services have been entrusted to North Dallas Funeral Home

A Celebration of Life Service will be held

No Thoughts on Pat Weiss Barron