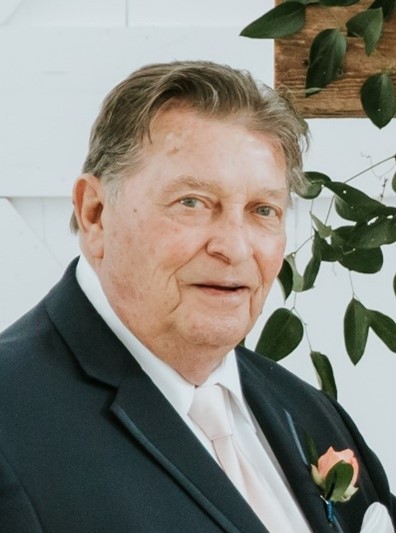 Rex Jerry Price, beloved father, grandfather, and great grandfather passed away on August 19, 2022 in Dallas, Texas.  Rex is now home with his Lord and Savior, Jesus Christ, celebrating at the biggest gathering in heaven.

Rex was born in Sayre, Oklahoma on January 28, 1937, the second oldest of three children, to Lula Mae (Cooper) Price and Warren Price.  At a young age Rex’s family moved from Sayre, Oklahoma to Alameda, California.  Rex graduated from Alameda High School in 1955.   He met his soulmate, Sue Ann King in High School and they married on July 1, 1956.  Rex enlisted in the U.S. Army in 1956 in Oakland, California and was transferred to Ladd AFB in Fort Wainwright, Alaska where he served in the Light Weapons Infantry.  Rex was a distinguished military veteran earning a Good Conduct Medal and Honorable Discharge in 1962.  He then began a career with the Army & Air Force Exchange Service living in Washington State, Hawaii and Dallas, Texas where he later retired.  Rex was actively involved in the community and served on the Board of Prestonwood Country Club Condominiums for many years.

The family would like to thank Dr. Michael Motta, Dr. Ronald Kerr, Dr. Shaun Murphy, Dr. Bruce Wall and the numerous caregivers for their constant care for Rex especially during his final days as well as his extended family of neighbors and staff at Prestonwood Country Condominiums for their friendship over the years.  A private memorial will be held for the immediate family.  Memorial donations can be made to the Texas Kidney Foundation, txkidney.org.

Rex was most proud of the family he and Sue raised and he was very devoted to their two daughters, grandchildren, and great granddaughter.  Rex was a kind-hearted person, with a great sense of humor.  He will be greatly missed by all who had the privilege of knowing him.

Daddy nothing is going to be the same again. You are the best daddy ever. You are such a gentleman and funny at the same time. You are the only one that I know still used hankies. And the “ if you don’t mind”
I kept your voice mails on my phone at least I can hear your voice. I wish I could just hug you one more time. Thank you for all you did for our family. I can’t put into words how you and mommy made me the person I am. I know you are up in heaven with mommy.
Daddy I love you so much a piece of my heart went with you
I love you Kimmy

Daddy a piece of my heart went with you. You are the best daddy ever. Always there for us no matter what.You are a gentlemen and so crazy funny at the same time and loved your country. You are the only one that I know that still used hankies. And “if you don’t mind” ❤️ I wish I could just hug you one more time. And go to Texas de Brazil. I miss you so much. I saved your voice mails so I can hear your your voice. I can’t thank you and mommy enough for making me the person I am today. I know you are with mommy❤️❤️
I love you and miss you beyond belief . You will never know. God Bless You❤️

Daddy a piece of my heart went with you. You are the best daddy ever. Always there for us no matter what.You are a gentlemen and so crazy funny at the same time and loved your country. You are the only one that I know that still used hankies. And “if you don’t mind” ❤️ I wish I could just hug you one more time. And go to Texas de Brazil. I miss you so much. I saved your voice mails so I can hear your your voice. I can’t thank you and mommy enough for making me the person I am today. I know you are with mommy❤️❤️
I love you and miss you beyond belief . You will never know. God Bless You❤️ I love you Kimmy

A big piece of my heart went with you daddy. I miss you so much. You are the best daddy anyone could have ever asked for. You and mommy always put our family before yourself. You are the only one I know of that still used a hankie, And “the if you don’t mind” I can only hope I have given you half of the love you gave me. I love you Daddy with all my heart
Kimmy