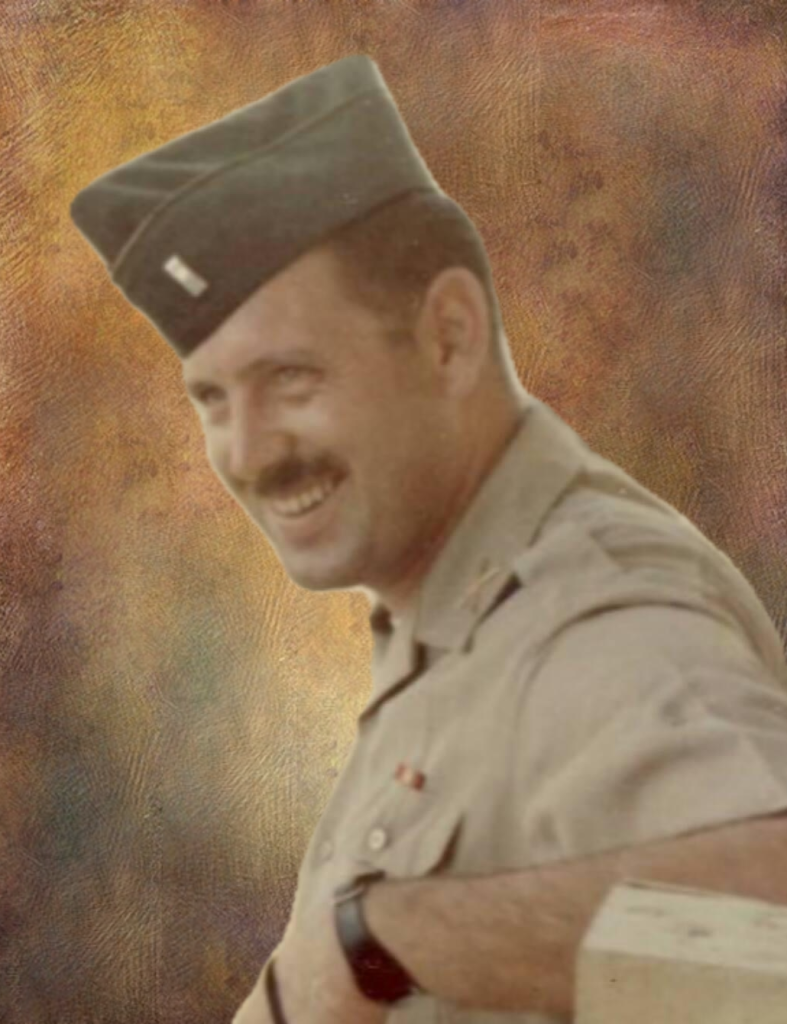 Mike was born and grew up in Peoria, Illinois. He lived there many years and stayed in touch with his dearest friend of his whole life – Larry Cooksey – until his last days. He went to college at Notre Dame and was a Fighting Irish fan to the end. He was a First Lieutenant, Second Grade, in the U.S. Army and served in active duty in the Vietnam War. He was awarded a National Defense Service Medal,  a Vietnam Service Medal, and a Vietnam Campaign Medal. He also earned a Master’s degree in Economics and worked in the group life insurance industry for many years.

He was a gentle soul and was loved by many. He was a patient, caring man and enjoyed spending time with his daughters and other family members. He loved being an uncle to Amy, Pat, Bob, and Susie Rynell and he loved their children and Donna. He enjoyed watching sports (all Dallas teams and Chicago Cubs) and doing home improvement projects. He loved and was always kind to animals.

He is now free of the struggles of his aging body and is at peace. He will be greatly missed but his family is so thankful for the promise of Heaven and know we will see him again someday.

He is survived by his daughters Julie Ann Rynell of Mesquite, Texas and Jennifer Marie Rynell of Garland, Texas as well as numerous nieces, nephews, and other beloved family members. He is preceded in death by his father Robert Rynell, mother Bernice Rynell, brother John Rynell and numerous dear friends including Mike Roarke and Ingrid Cooksey.

Thank you all for your love, prayers, condolences, and support in these days.

My sympathy & prayers for the loss of your father. May you find comfort in the many loving memories you have shared.

Even though there is joy in the homegoing- there’s also so much sorrow in your heart! Praying for all the family in these tender moments!