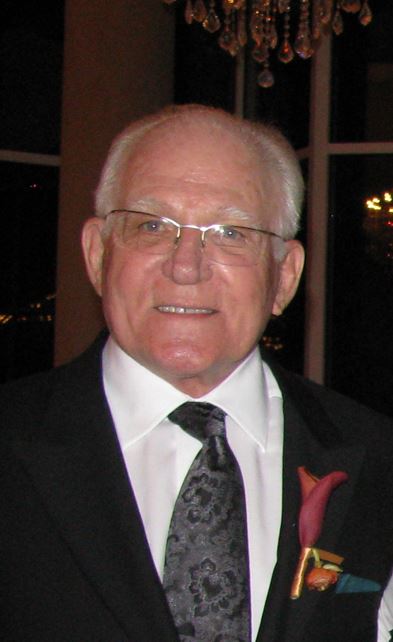 Born October 28, 1932 in Cincinnati, Ohio he lived in Cambridge, OH, Lexington, KY, Indianapolis, IN, Rochester, NY, Richardson, TX and finally Plano in 1996. He worked as an engineer for General Electric, IBM, Proctor & Gamble, Xerox, Abbott Laboratories, a salesman for State Farm Insurance and realtor for Realty World until retiring in 1995.

Ron began playing the trombone at age 14, Nov 1949 he enlisted in the U.S. Army and played the trombone in the U.S. Army Band, the Cincinnati Syrian Shrine Band, The Plano Community Band, a variety of bands/musicals in Ohio, Kentucky, New York, and Texas. After retirement he enjoyed oil painting, illustrating, furniture restoration, computer technology, woodcarving and model ship building. He was a computer training volunteer at the Plano Senior Center.

Memorials may be made to the Wounded Warrior Project, PO Box 758516, Topeka, KS 66675 or online: https://support.woundedwarriorproject.org

Dad had this scripture hi-lighted in his Bible and wrote beside it “Right praying, pray for everything”:

“Do not be anxious about anything, but in everything by prayer and petition, with thanksgiving present your requests to God. And the peace of God, which transcends all understanding, will guard your hearts and your minds in Christ Jesus.” Philippians 4:6-7

No Thoughts on Ronald Louis Hirt