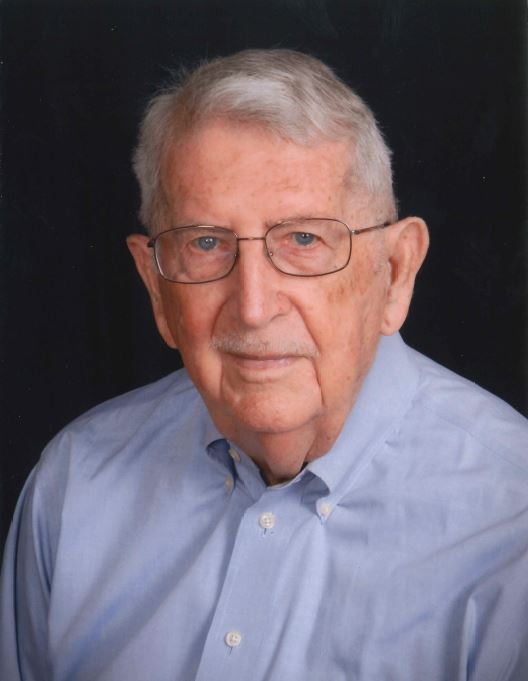 Roy Alfred Stegall, 93, of Dallas Texas, passed away peacefully on February 7, 2018. Born in Delhi, Louisiana to Pauline D. Bishop and Joseph W. Stegall, he lived most of his life in Texas.

He is survived by his wife of 64 years, Jo, and a small but close-knit family including his daughter, Susan Eve (and husband Michael); son-in law, David Coody, along with three grandchildren, two great grandchildren, sister Carol Davis and niece, Janet Davis. Roy is preceded in death by his son, Mark, and daughter, Lisa. Roy was a loving and doting father and grandfather. He relished family time, gourmet cooking, cross-word puzzles, reading, wood carving, and good jokes. He was outstanding at remembering who you were and how he’d met you, and even in his 90’s was sharp as a tack, though a bit hard of hearing. He considered himself a lucky man, and those who met him quickly discovered his lighthearted humor, integrity and good nature. For those who knew him better, he will be remembered as a gracious and generous host, an honest friend, a good listener and a hilarious story teller.

After serving with the US Army in the Philippines during World War II, Roy returned to Louisiana to finish his undergraduate studies at Louisiana Tech. Degree in hand, he moved to Houston, Texas, and began working as an accountant. After discovering the cute girl in the church choir, he met and married Jo. They began a family. Seeking better opportunities (and weather), the young family moved to Dallas where Roy found a way to apply his gregarious nature and business acumen to a life career in real estate. Roy worked as a realtor in the Dallas, Arlington, and Tulsa areas until a stroke forced him to retire. Living by one of his many life mottos, “If it is to be, it is up to me”, he battled his way back to being able to do crossword puzzles. Most recently, he enjoyed learning how to use “The Facebook” to follow the escapades of all the people he cared for most. He was a member of Northway Christian Church in Dallas.

Inurnment at the DFW National Cemetery will take place in early March. In lieu of flowers, donations in his name benefitting, JDRF (juvenile diabetes), the American Cancer Society, the National Kidney Foundation or a scholarship fund of your choice would be welcome.

No Thoughts on Roy Alfred